I saw THESE Spirit Fingers
a while back,
and knew I wanted to make some for my girlies.

But I needed a good reason-
a reason that they would need to cheer someone on. 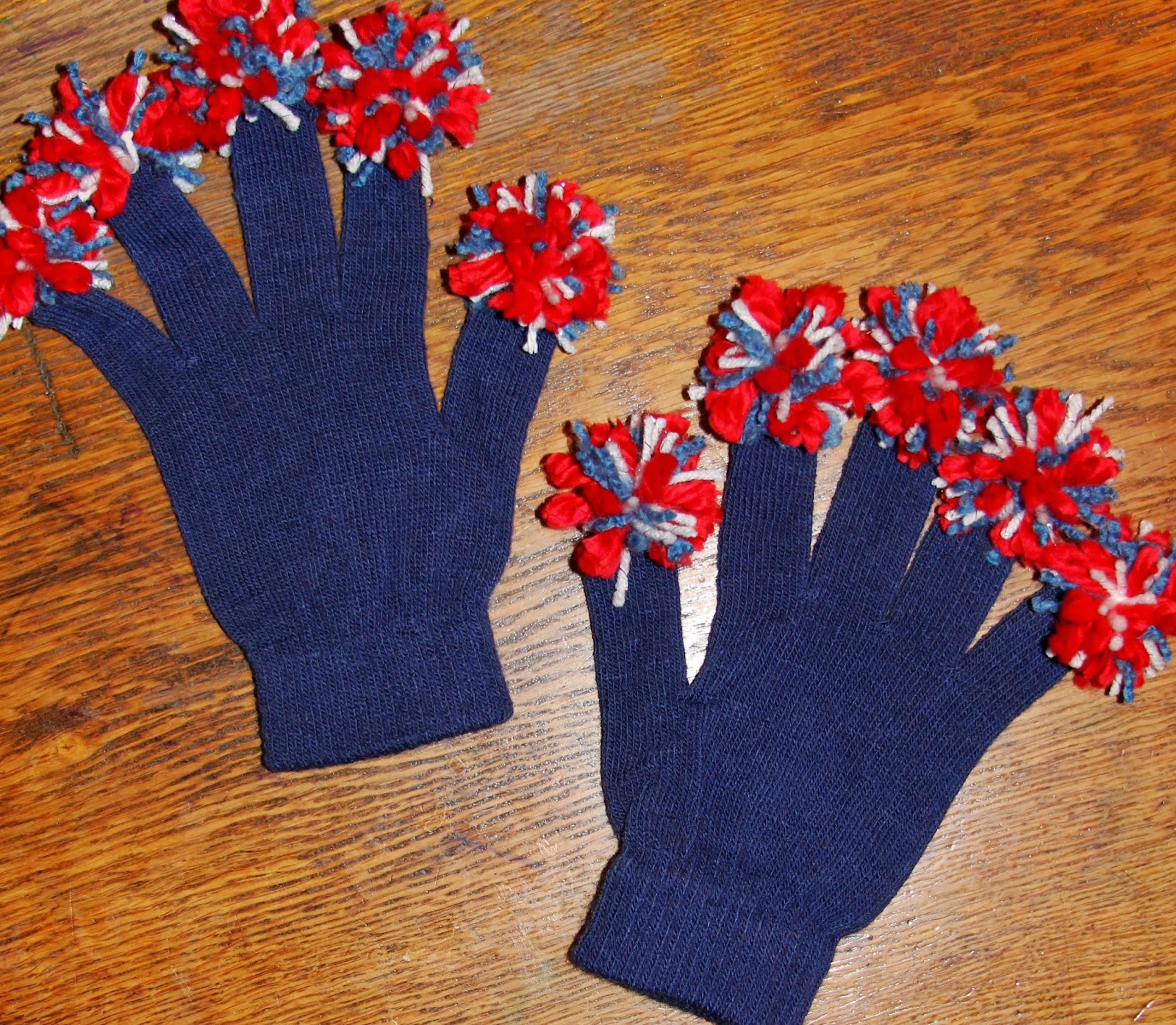 Well, cheering on the good old USA
during the Sochi Olympics
seemed like a great time for these
Spirit Fingers,
so I whipped up a couple of pairs.

Here's how I did it: 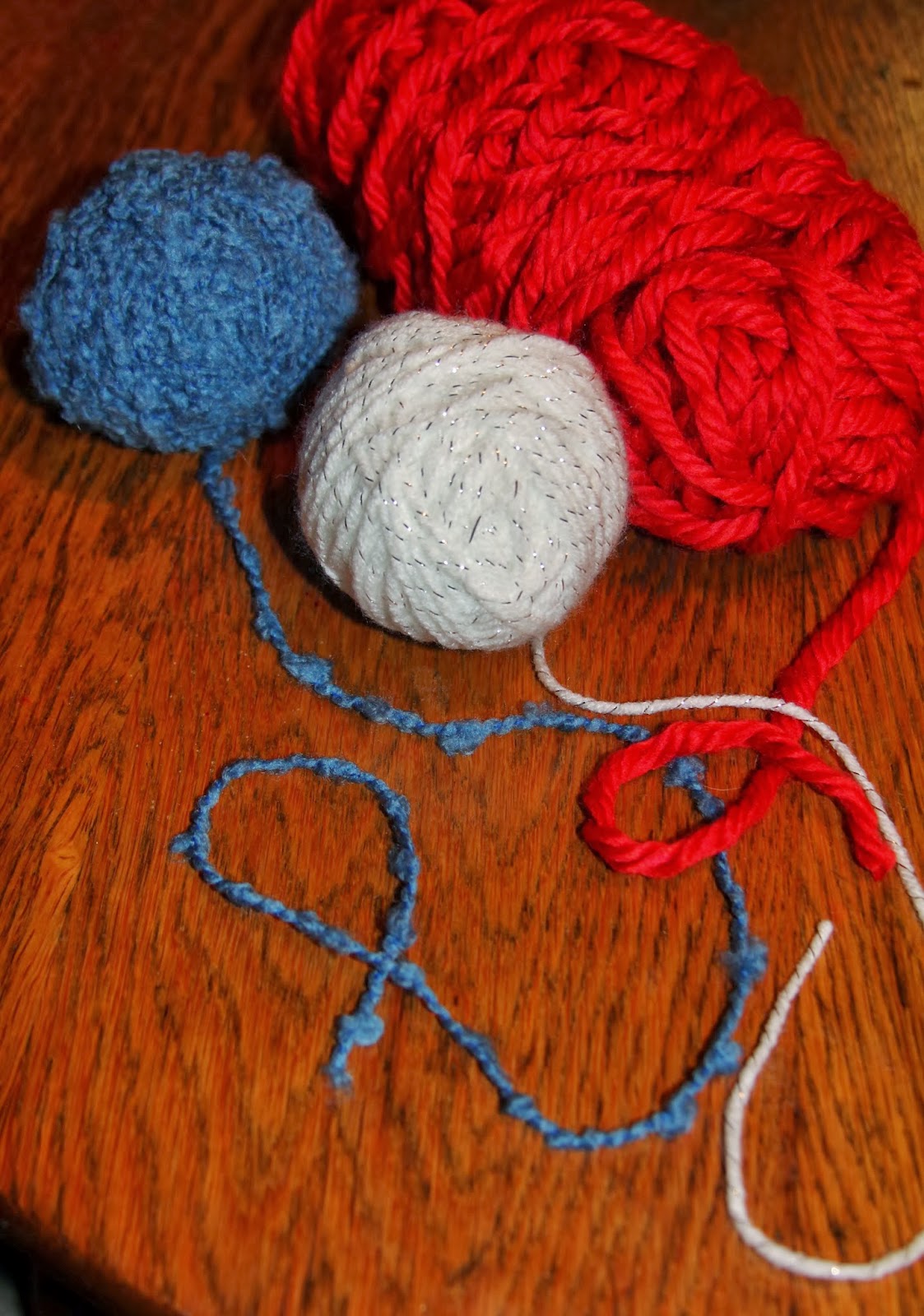 1.  I gathered up three different colors of yarn.

Mine were also different textures,
to give the pom poms an "artsy" feel. 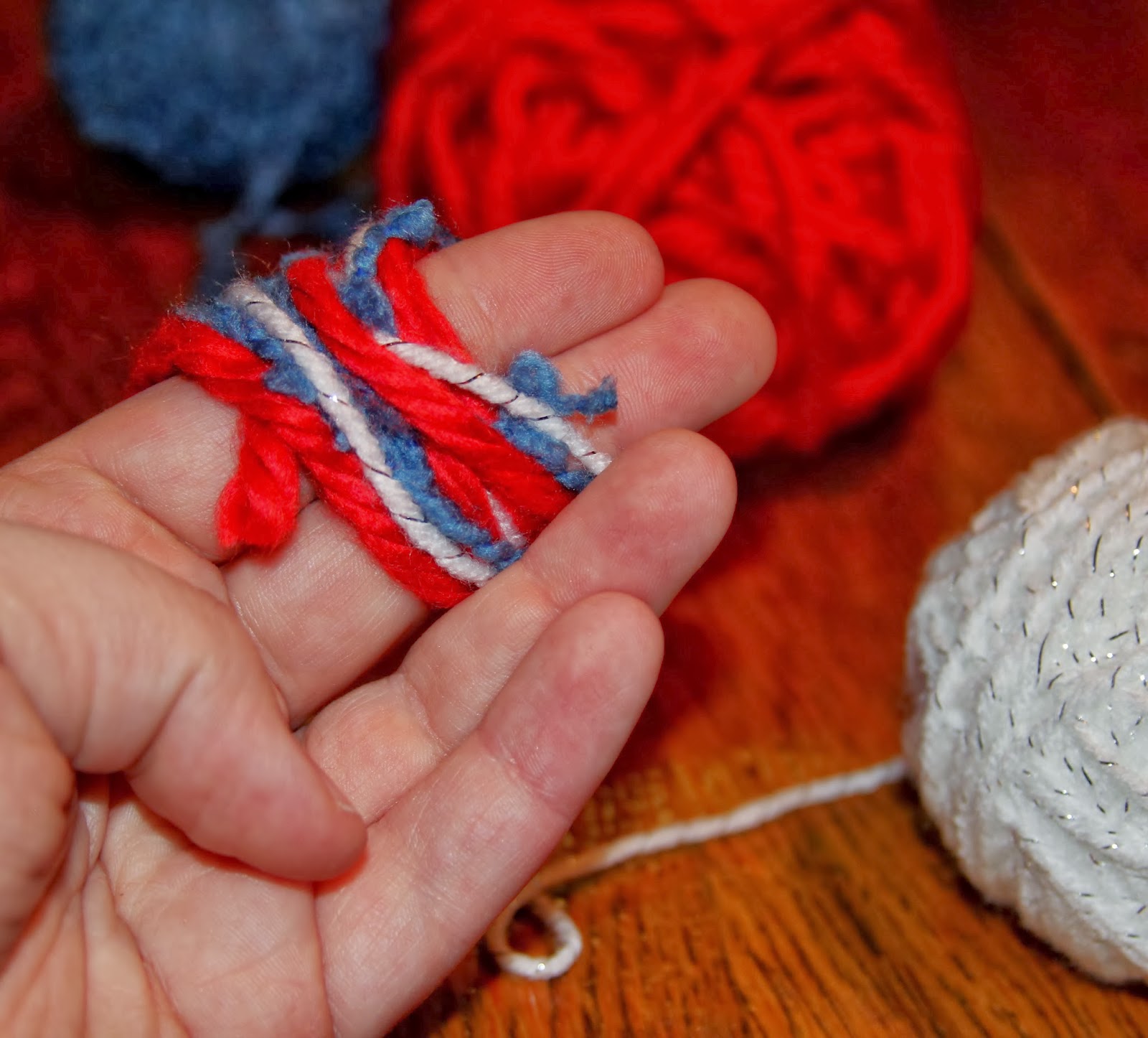 2.  Using all three strands of yarn,
I wrapped them around two of my fingers
five times. 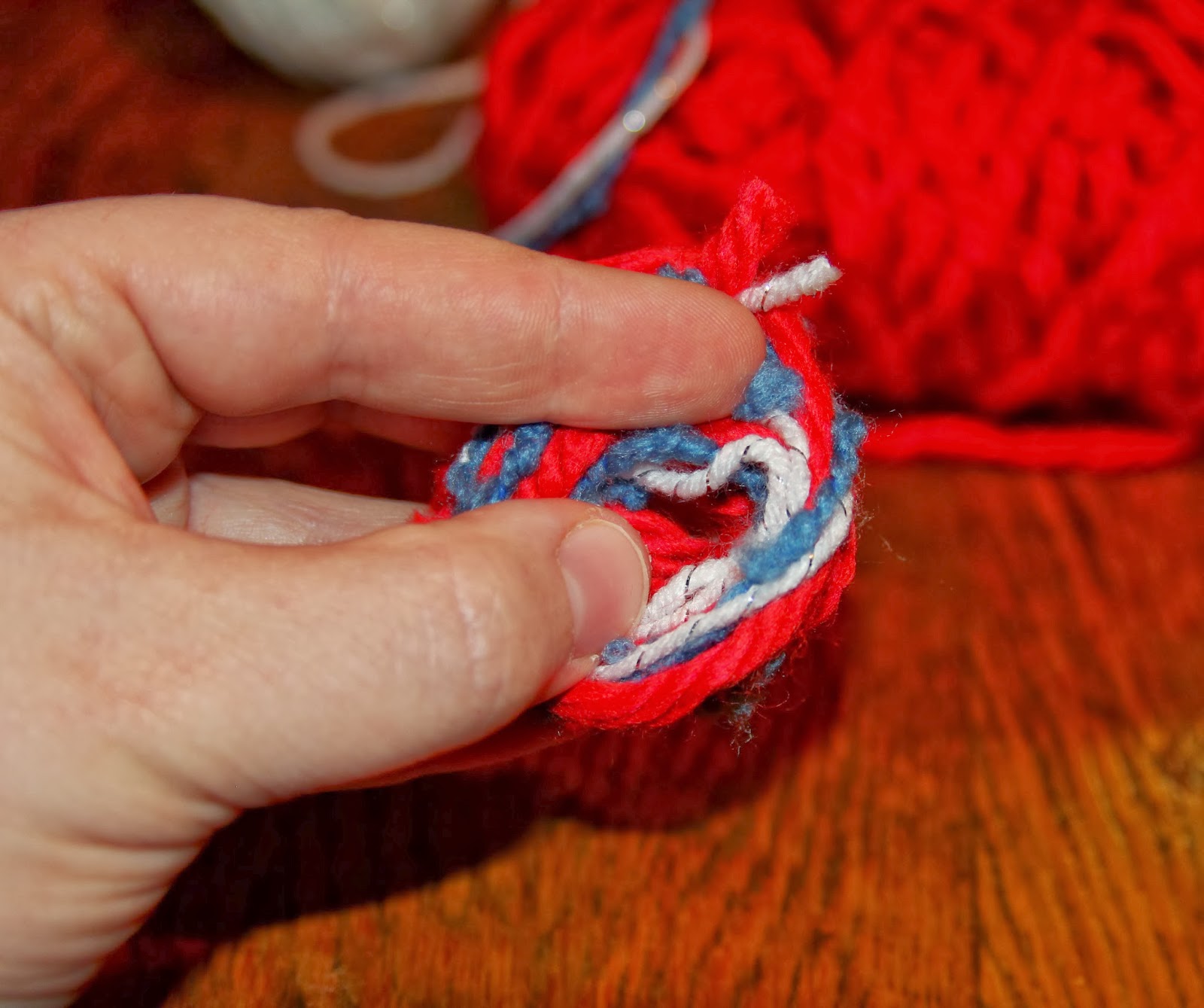 3.  I then cut the three yarn stands
off of their yarn balls
and slipped the loop of yarn off of my fingers. 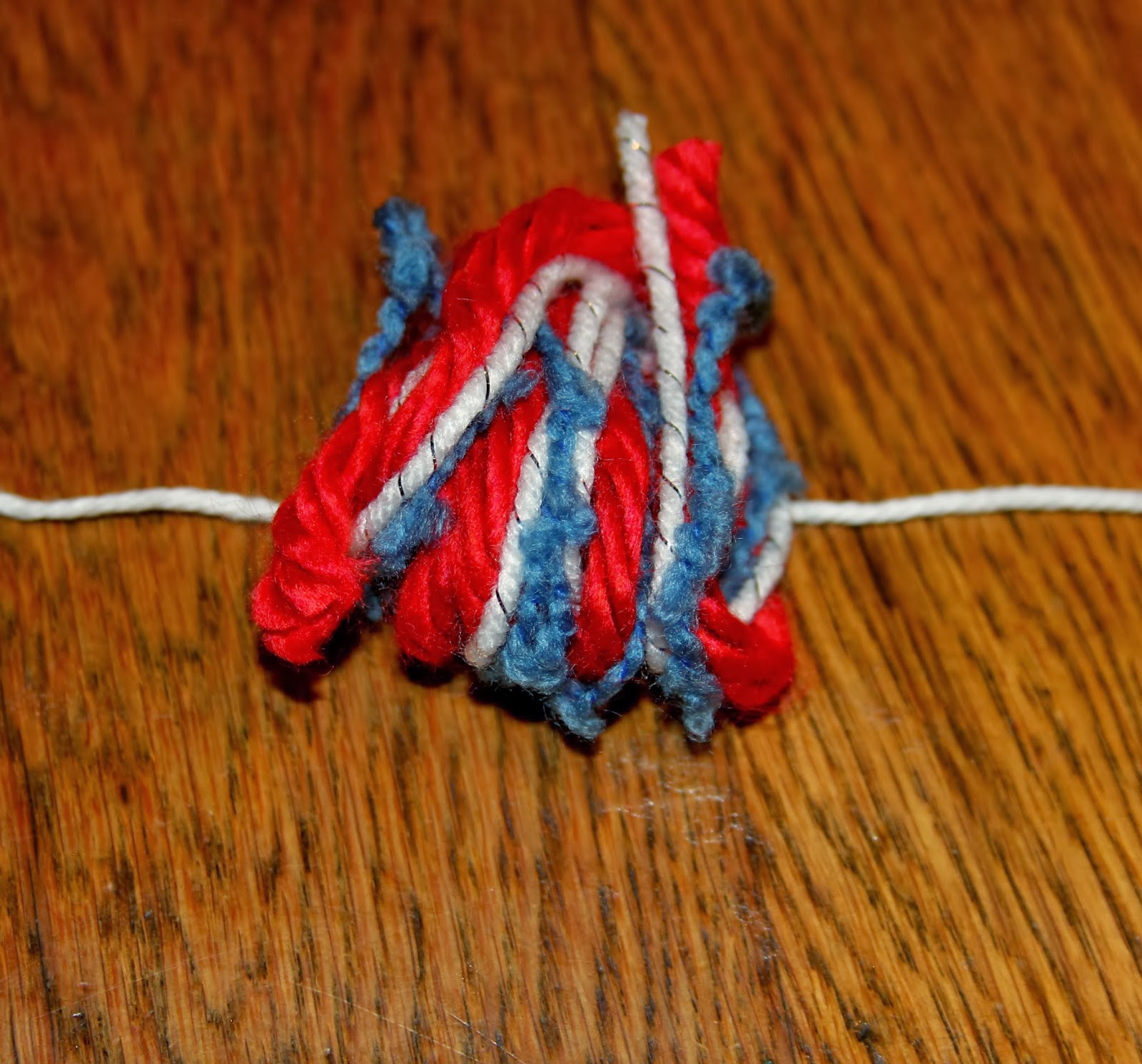 4.  After laying the yarn loop on to of a single piece of yarn... 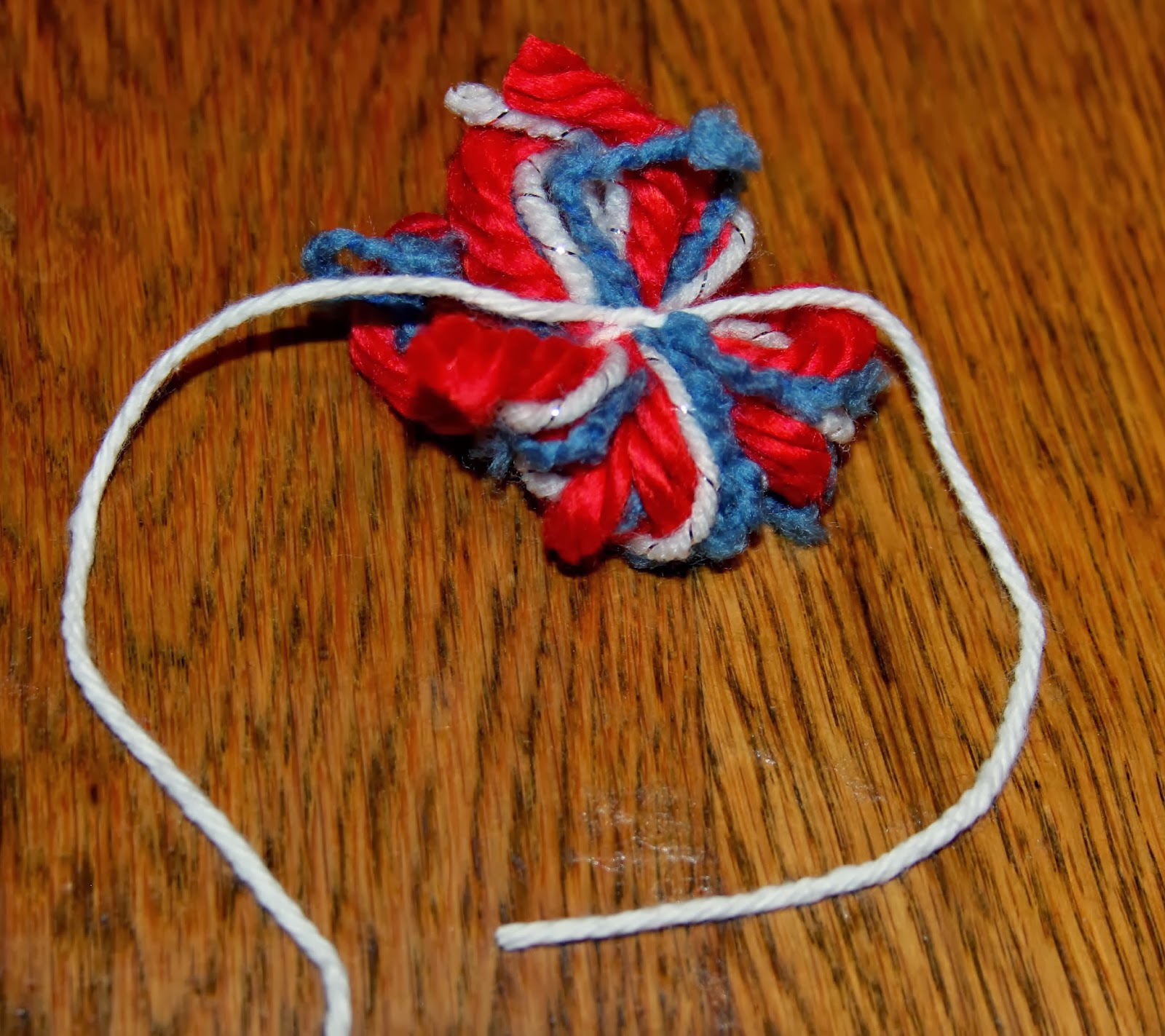 ...I tied the single strand around the middle of the loop. 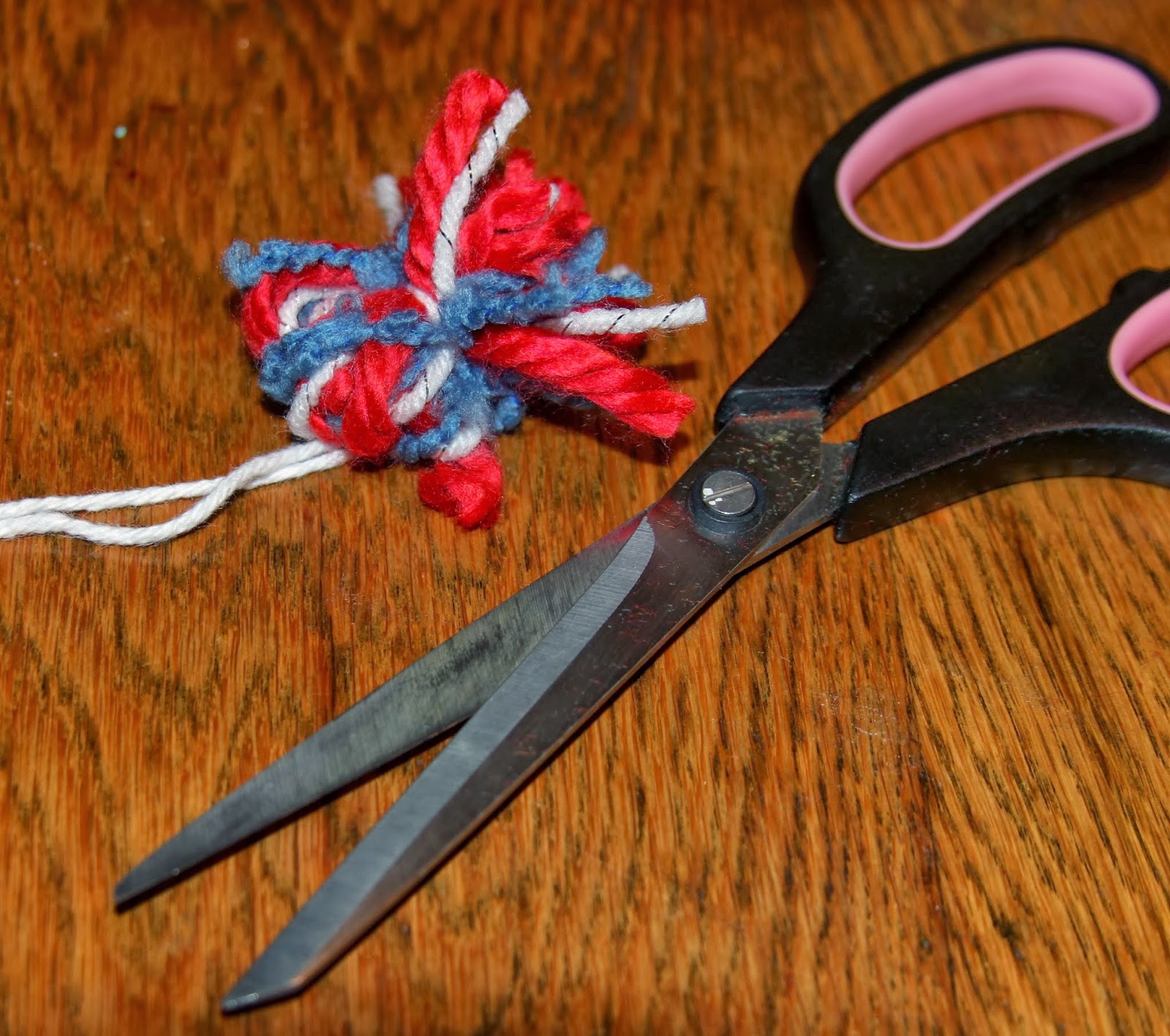 5.  I then used scissors to cut apart the loops
on either side of the knot... 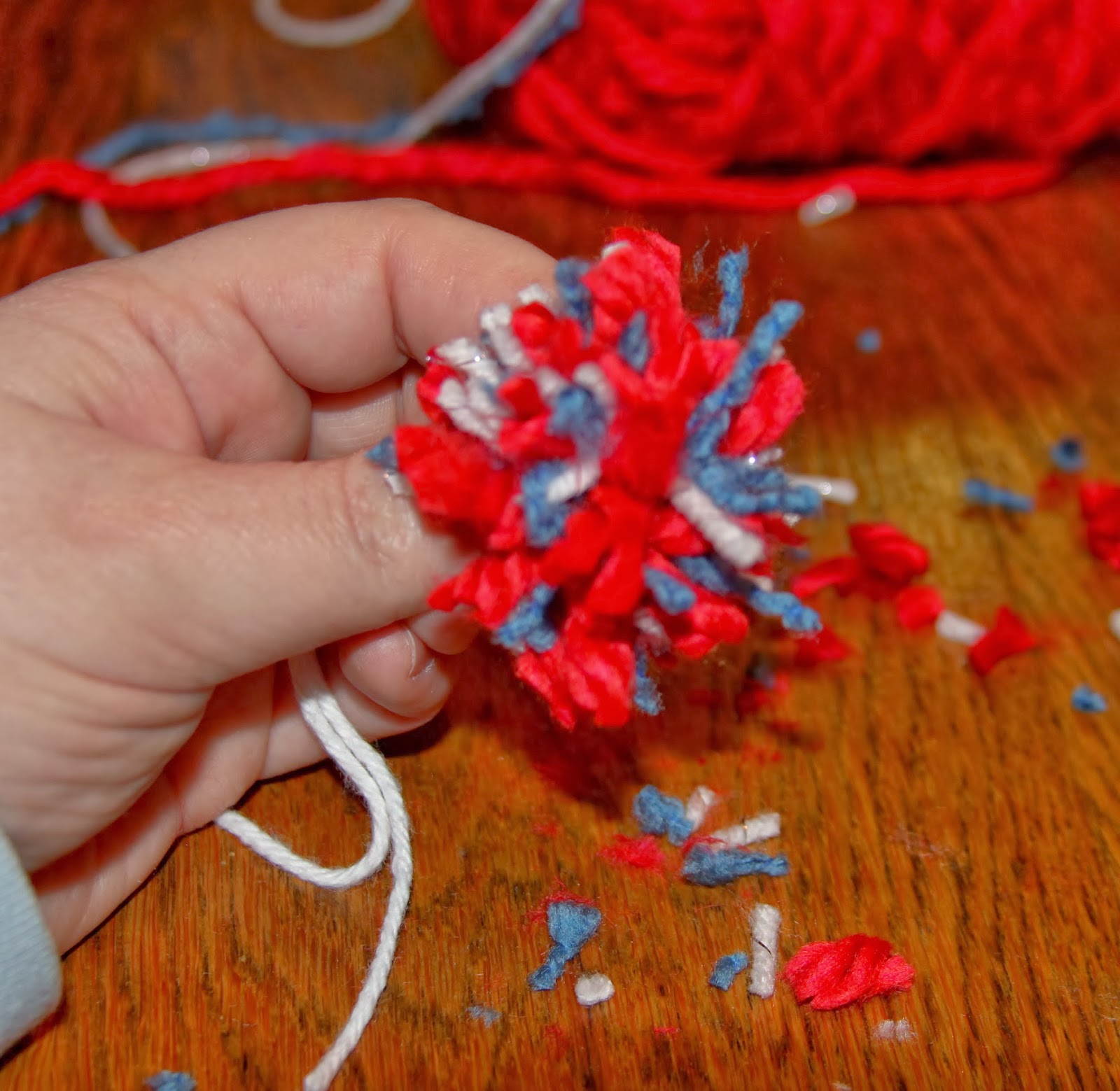 ...and trimmed the yarn until I had the look
I wanted for the pom pom. 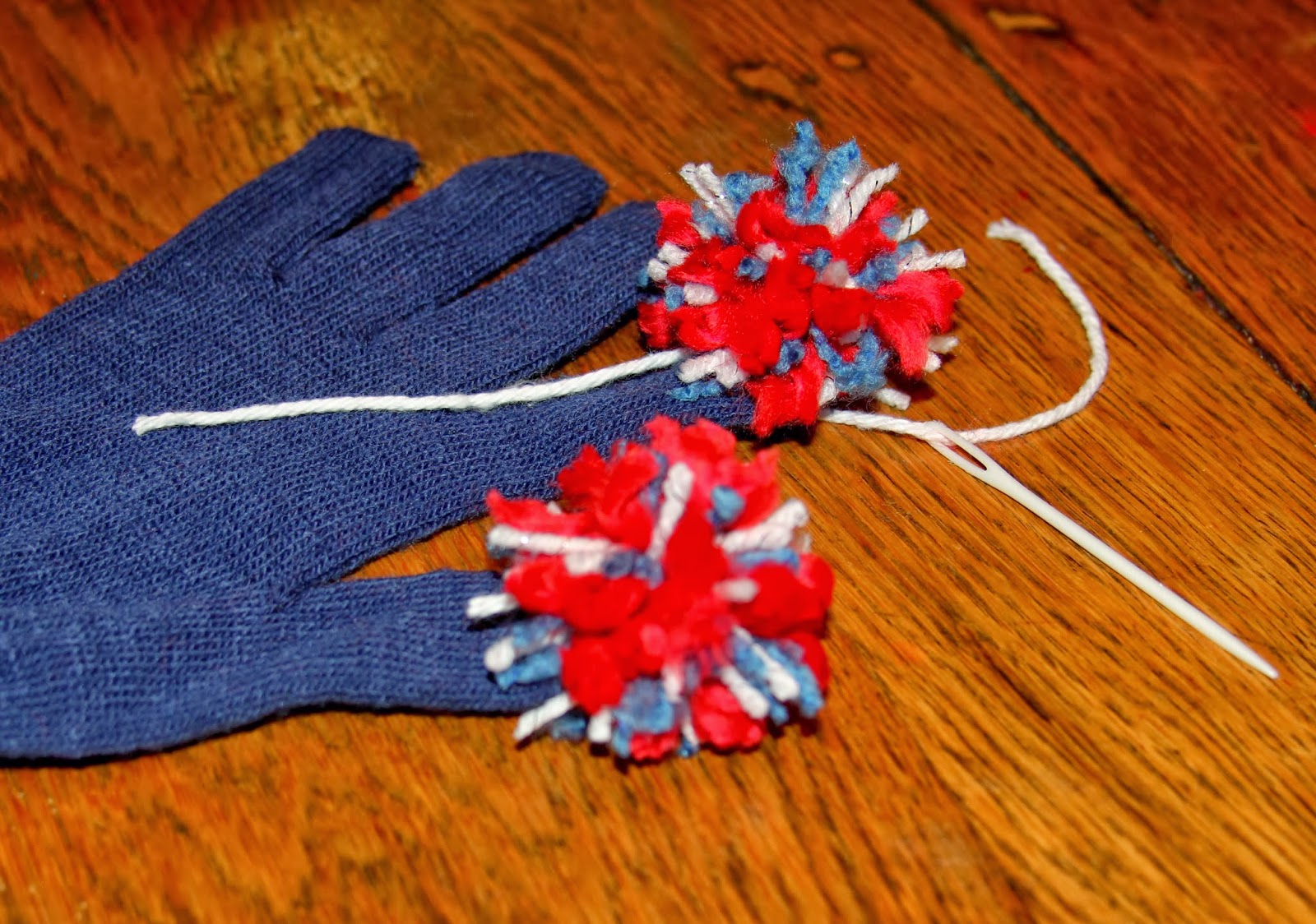 6.  After I made ten pom poms,
I used the tail from the single strand tied around the loop
to sew each pom pom onto separate fingers of the gloves. 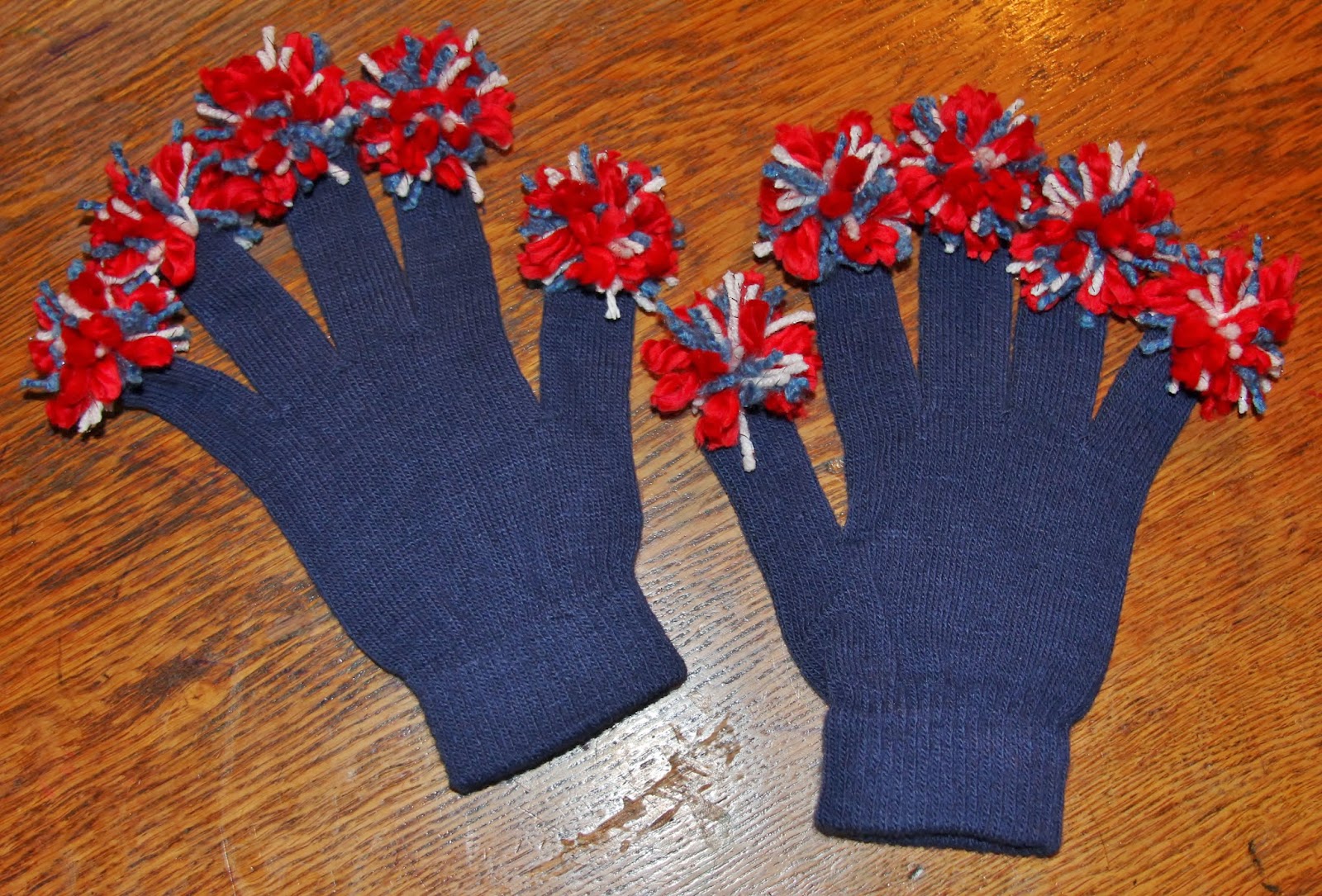 There ya have it!

Spirit Fingers to use during all of those
"USA!  USA!  USA!"
Olympic chants! 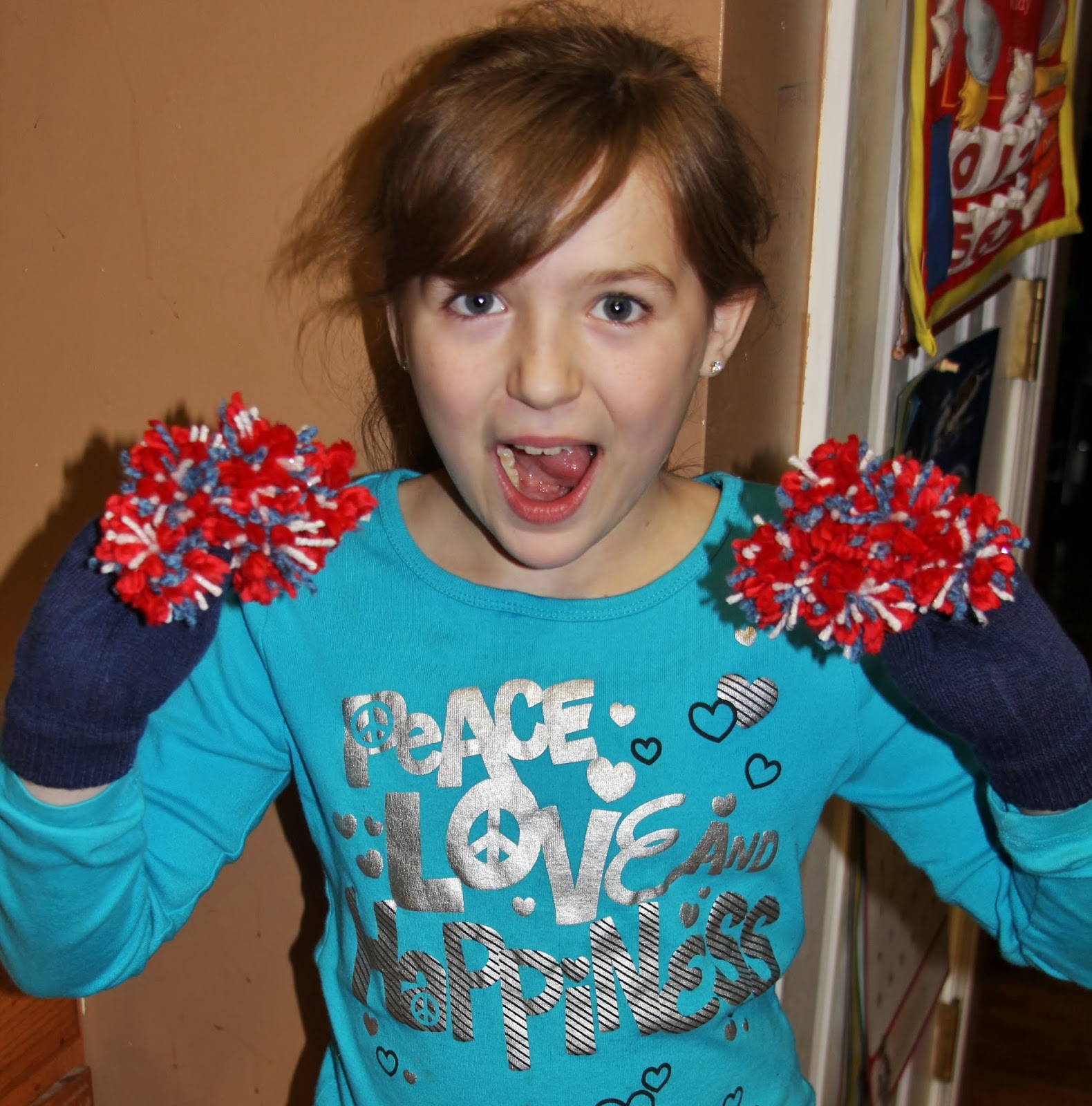 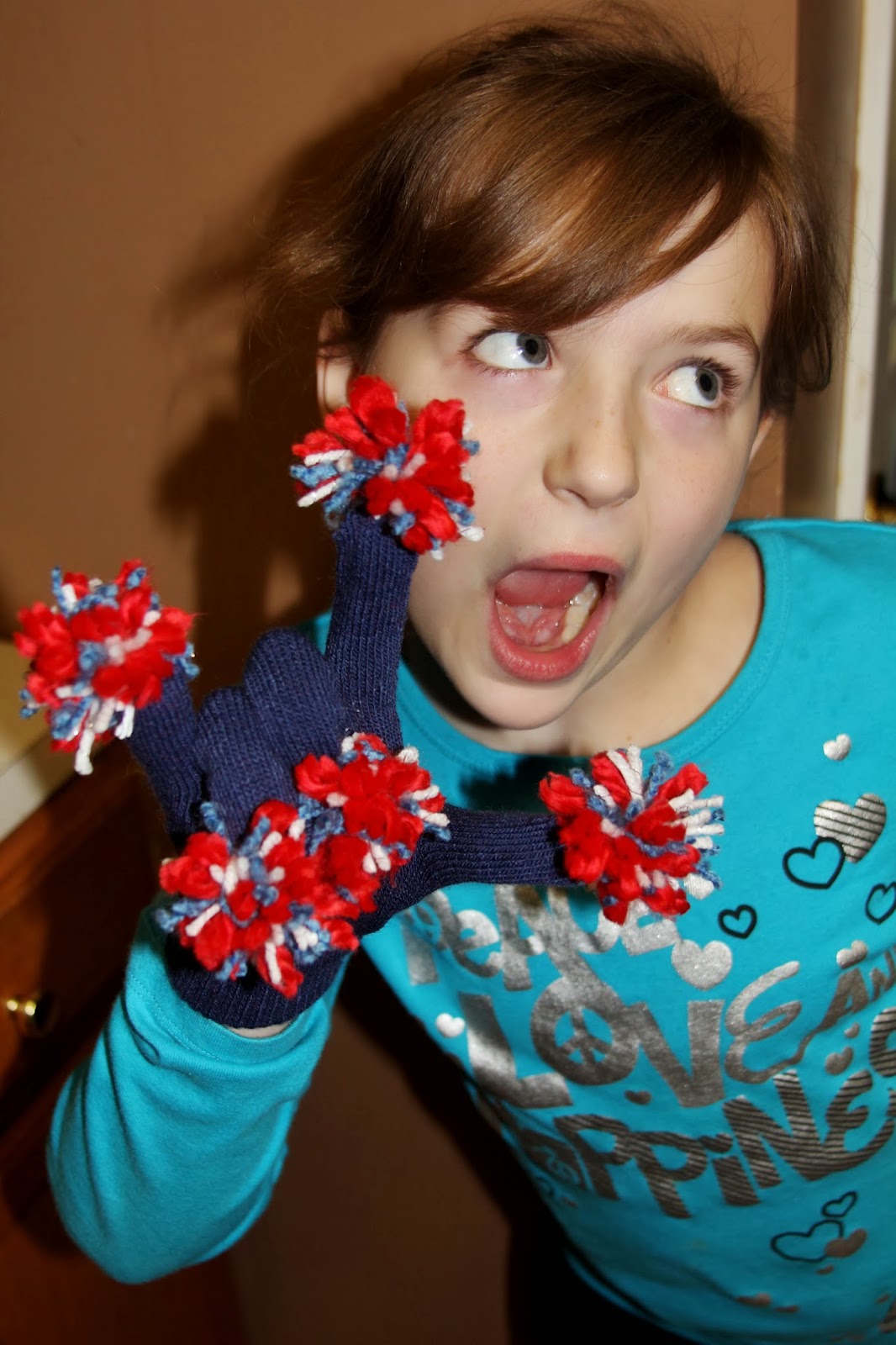 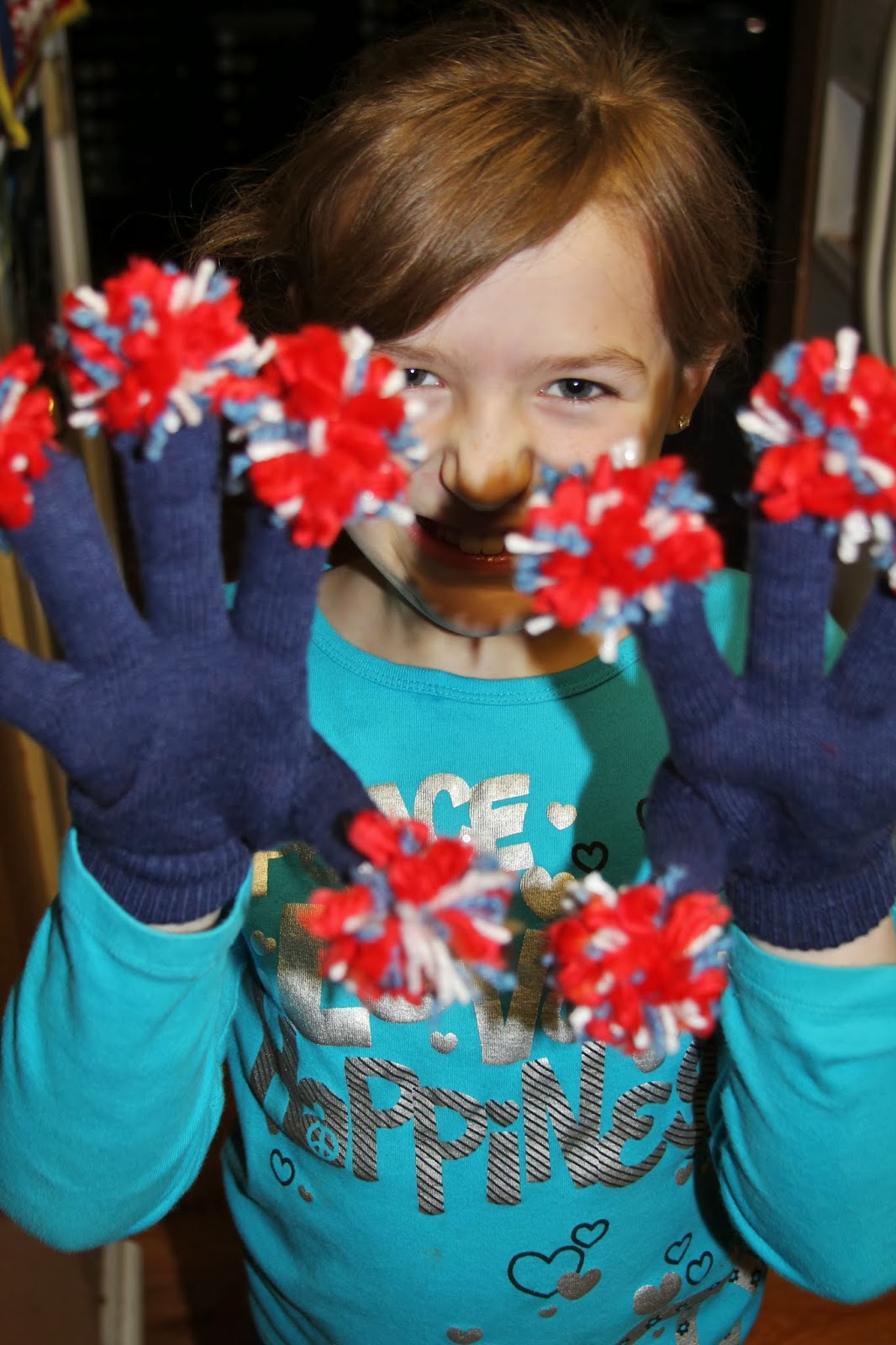 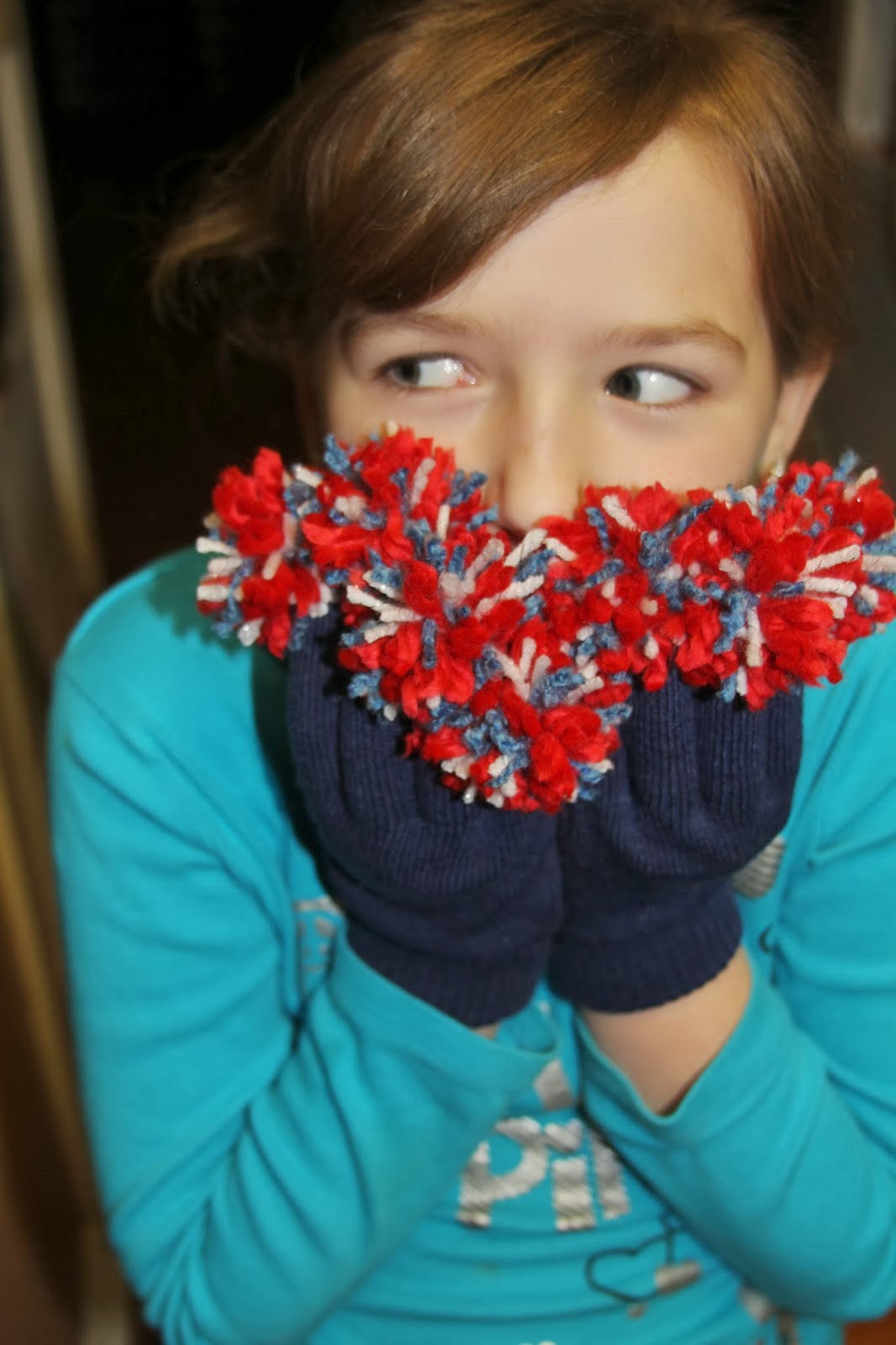 Linking up at the
Olympic Activities and Crafts Linky Party
Posted by Unknown at 10:03