After reading THIS post a few months ago,
I knew what the theme of Baby Girl's
1st Birthday Sleepover was gonna be... 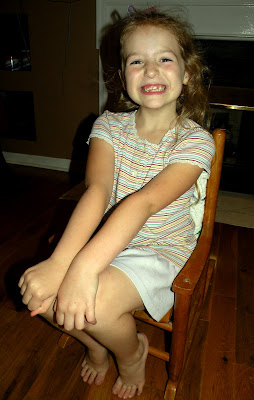 I decorated simply for the party... 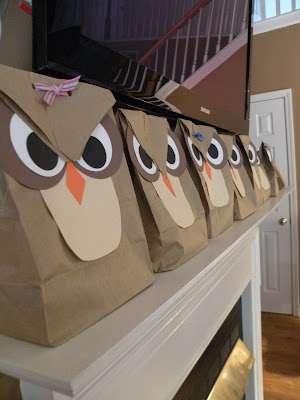 ...by displaying the party favor bags on the mantel. 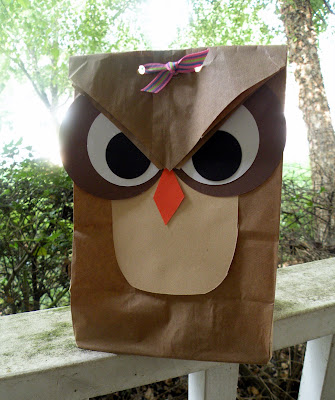 Each of the party favor owls was filled with... After the guests arrived and we had dinner... 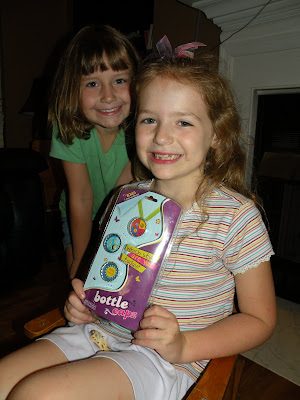 ...it was time for Baby Girl
to open her prezzies.

All that present opening made us all
hungry again,
so we dug into... 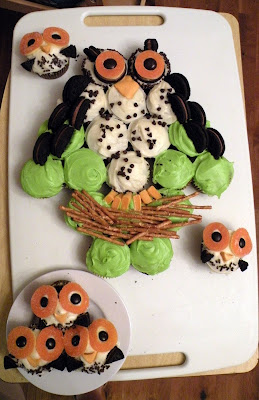 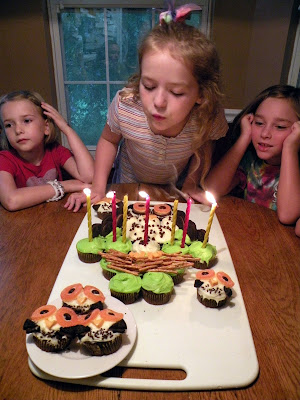 I got this idea from Family Fun Magazine...

Since it was finally dark enough after all
of the eating and present opening,
we headed to a neighbor's driveway... 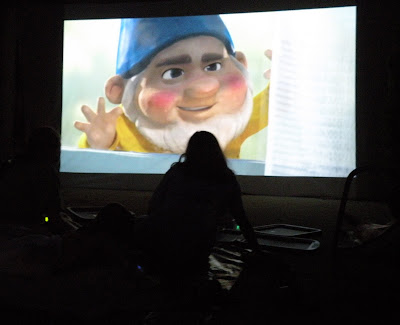 ...to enjoy
Gnomio and Juliet.

(I have the BEST neighbors EVER!)

Since I handed out all kinds of "glow in the dark"
jewelry to the kiddos... 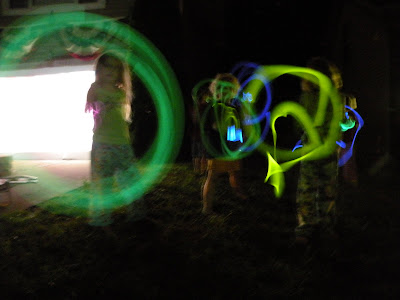 ...they found other ways to entertain themselves
during the movie.

When we got back to the house after the movie,
I busted out... 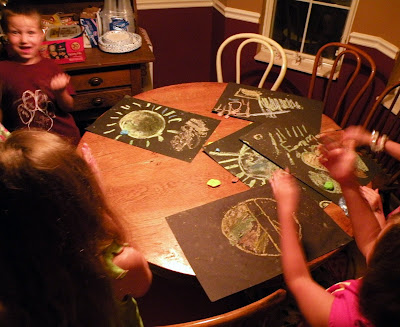 ...some Crayola Glow in the Dark Chalk.

This, by FAR, was the HIT of the night!

Now, we had to play with it inside
since it had rained a little earlier that day,
so I have the kiddos' some black construction paper,
turned out the lights,
and let them draw!

It was hard to get a good pic of the glow in the dark action... 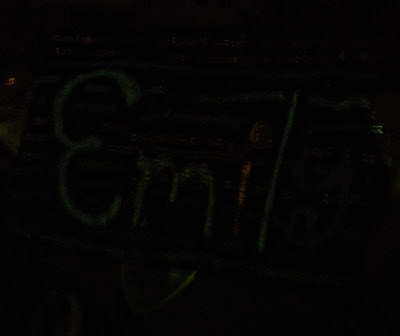 ...but here is a faint image of one of the kiddos' pics.

(The chalk REALLY did glow wonderfully!)

Now, the chalk did not just stay on the paper...
(of course!) 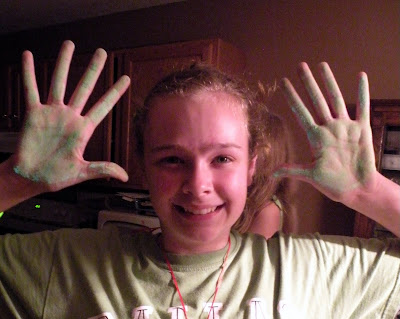 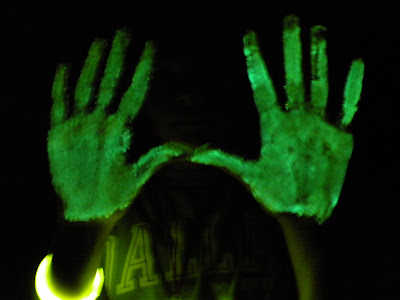 Once all the chalk
(and the kiddos)
were cleaned up,
we got into our jammies and settled in... 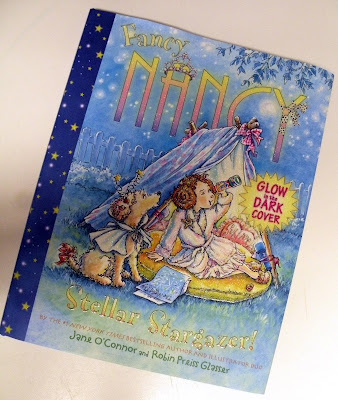 (This Fancy Nancy book cover also
glows in the dark!)

I would guesstimate that all the kiddos
were sound asleep by midnight-ish,
and by 8am... 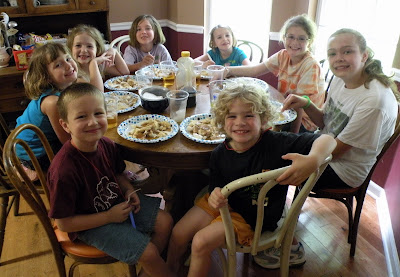 ...they were up and ready for a pancake breakfast!

Overall,
I'd say this party
would have made ANY Night Owl happy...
Posted by Unknown at 18:14