We have been doing a bit
with the Winter Olympics this week...
A book I read to the kiddos this week
which truly captures the spirit of what is required
to become an Olympic athlete was... 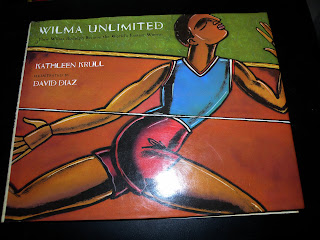 This book talked about how Wilma
(who is from my native Tennessee, y'all!)
overcame MANY obstacles,
including childhood Polio,
and won three gold medals in the
1960 Olympics.

We wanted to capture the Olympic Spirit too...

So we created
"Crystallized Olympic Rings"
(Very fitting for the WINTER Olympics, I must say!) 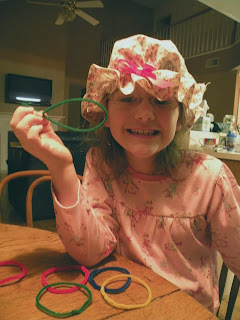 This activity really did not capture the attention
of my younger two kiddos,
so Jungle Girl was my "trainee" and I was her "coach"... 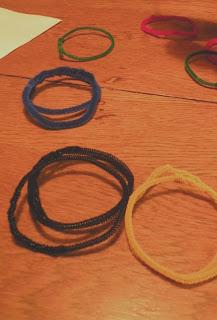 First, we began by making pipe cleaner circles
in the different colors of the Olympic Rings...
(Blue, Black, Red, Yellow, and Green) 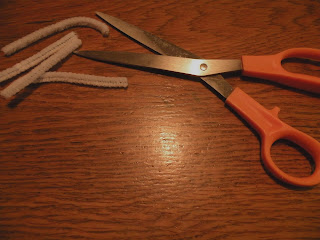 Next, we cut off a few snippets of another pipe cleaner
to use a twisty ties... 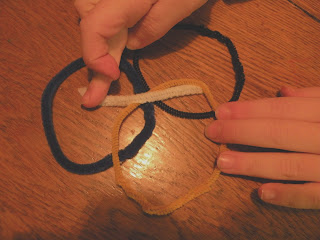 We tied the rings together... 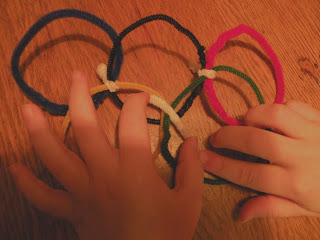 ...with a total of three twisty ties. 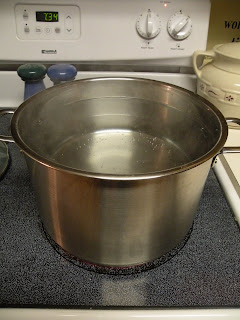 I have a deep Dutch Oven pot,
which I filled with about 7 quarts of water,
and brought that water to a good boil... 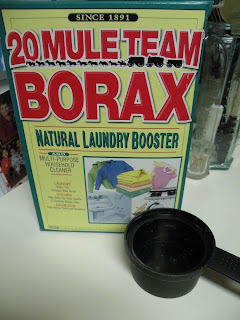 Then I dissolved about 4 cups of Borax
into the water,
which is not "boiling" anymore... 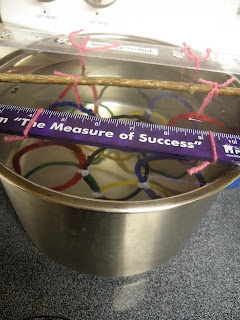 Jungle Girl and I then tied the pipe cleaner rings
onto some rulers/sticks
and let the sets of rings stay submerged in the water
overnight...

(Side Note: This is the reason we had to use a yard stick
to measure during our Candle Clock activity.) 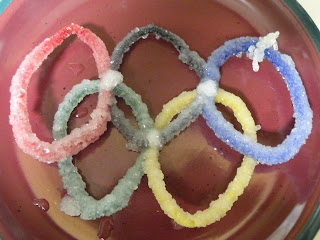 Olympic Rings that are covered with a fresh coat of "ice"...

Now, why don't you ski on over to stART
and see what others have been up to with books and art!
Posted by Unknown at 16:00