We have really enjoyed learning
about the Winter Olympics this week... 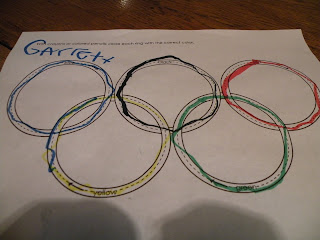 They also did a couple of activities from KidsSoup,
including this traceable Olympic Rings page...

These activities were reinforced with our stART reading activity
of "Wilma Unlimited"...

We then did an activity which helped the kiddos
learn about graphing in a rather "medallic" fashion... 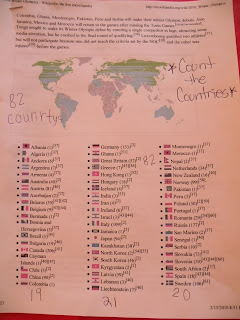 First, we researched the number of countries participating
in the 2010 Winter Olympics... 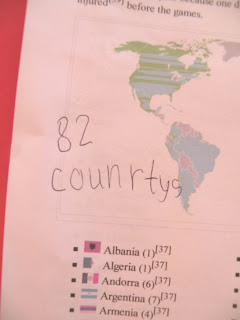 (Hmmm, looks like Jungle Girl gets her natural spelling
ability from her mother...) 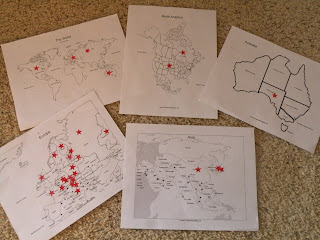 Jungle Girl then looked at maps I printed from the Internet
and identified the countries (and continents) participating with a red star sticker... 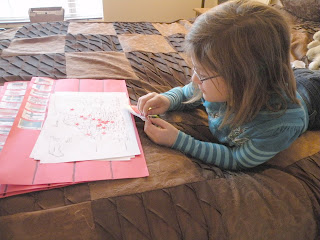 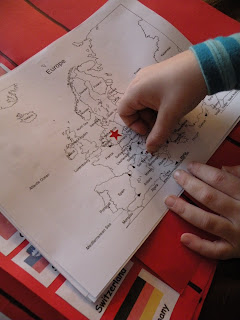 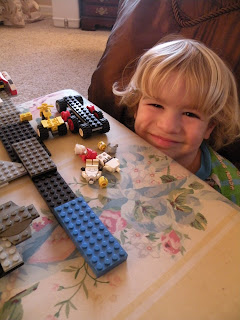 (Little Wild Man and Baby Girl were working hard
on their own Lego Olympic Village
during this time...)

Finally, the kiddos and I created a
Medal Count Chart...

During the small amount of time
in which all three kiddos participated,

(TRUST ME- these photos do not accurately illustrate
the CRAZINESS that went on during this activity!)

we kinda had our own little "Olympic Relay" going on... 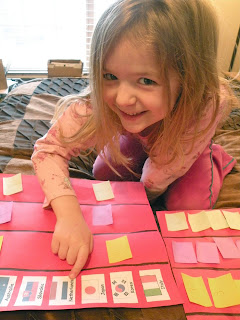 First, Baby Girl would listen to Jungle Girl's description
of the country she was researching
and locate that country's flag on our chart... 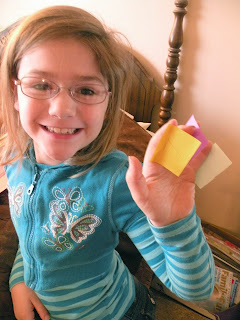 Jungle Girl would then write down on sticky notes
the amount of gold, silver, and bronze medals
that country had received thus far... 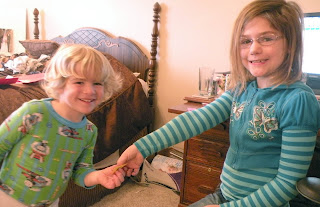 Jungle Girl would then hand the notes off to Little Wild Man... 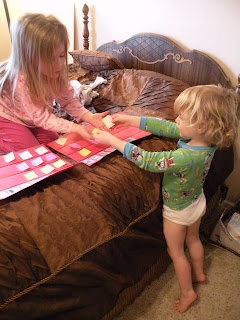 ...and he would give them to
Baby Girl who would then place them on the chart. 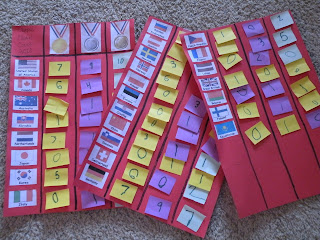 We have had to update it since then, of course... 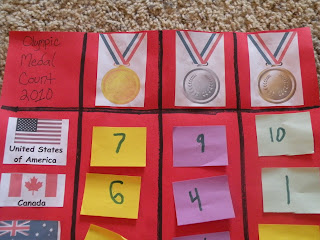 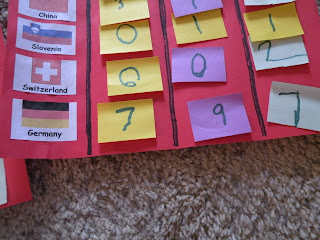 ...with the last Winter Olympic Medal Count winner,
Germany,
coming in at a close second!