Today, my best bud Knit Wit and her kiddos came over for a "Crafty Play Day."

Knit found a "stow away" in her bag-
Barbie.

A beautiful knitted scarf...
(Please read about the details HERE.) 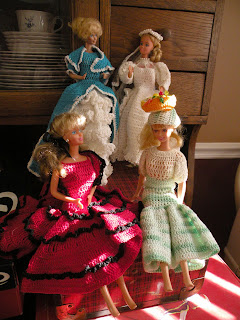 So when she arrived at my house with her posse
(wearing the clothes my Grannie crocheted for her)...

Let's just say I was a bit cautious around her. 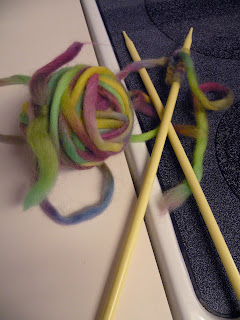 First on our "Crafty Play Day," Knit showed me how to, well, knit!

Barbie wanted to jump right in and take over MY project, but she discovered that the needles were a bit grandiose for her taste. 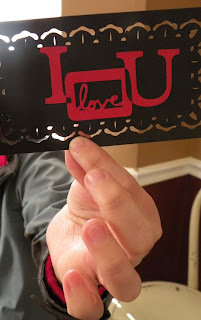 Next, I showed Knit how to use my new Cricut,
in which she made a sweet Valentine for Mr. Wit. 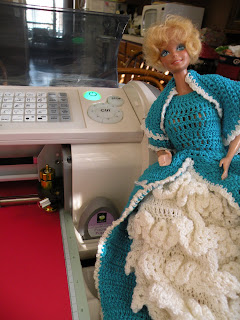 AGAIN, Barbie jumped into the middle of our fun
and tried to create her own paper product... 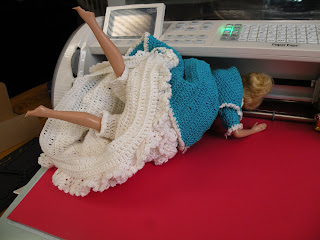 but she almost "cricuted" herself! 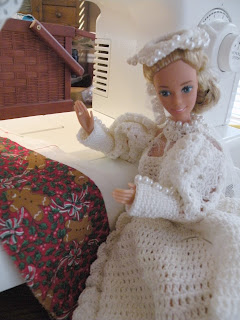 Finally, Knit PATIENTLY showed me how to thread the bobbin on my sewing machine,
but before you could say, "Bibbity Bobbity Bobbin,"

BARBIE jumped right in and insisted she work on a Christmas jumper
for her little sister Skipper. 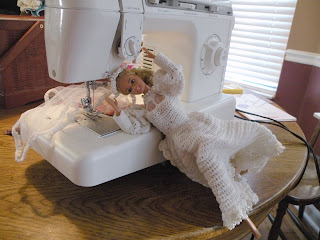 (I must say, it is NOT a wise idea to work on a sewing machine
with your Wedding Veil on!) 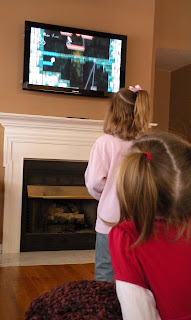 Knit and I emphatically shooed Barbie and Co. out of the crafty area,
where they retreated into the Living Room to play on the Wii with the kiddos. 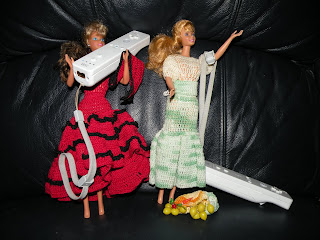 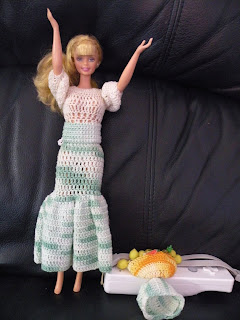 (I have it on good authority that "Carmen Miranda" Barbie
lost her temper and threw down her hat and Wii remote in protest of losing...) 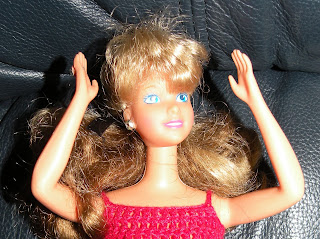