1 Then Pilate took Jesus and had him flogged.
2 The soldiers twisted together a crown of thorns and put it on his head.
They clothed him in a purple robe
3 and went up to him again and again, saying,
“Hail, king of the Jews!”
And they slapped him in the face.

4 Once more Pilate came out
and said to the Jews gathered there,
“Look, I am bringing him out to you to let you know
that I find no basis for a charge against him.”

5 When Jesus came out wearing the crown of thorns
and the purple robe, Pilate said to them,
“Here is the man!”

6 As soon as the chief priests and their officials saw him,
they shouted, “Crucify! Crucify!”

But Pilate answered, “You take him and crucify him.
As for me, I find no basis for a charge against him.”

7 The Jewish leaders insisted,
“We have a law, and according to that law he must die,
because he claimed to be the Son of God.”

8 When Pilate heard this, he was even more afraid,
9 and he went back inside the palace.
“Where do you come from?” he asked Jesus,
but Jesus gave him no answer.

10 “Do you refuse to speak to me?” Pilate said.
“Don’t you realize I have power either to free you or to crucify you?”

11 Jesus answered,
“You would have no power over me
if it were not given to you from above.
Therefore the one who handed me over to you is guilty of a greater sin.”

12 From then on, Pilate tried to set Jesus free,
but the Jewish leaders kept shouting,
“If you let this man go, you are no friend of Caesar.
Anyone who claims to be a king opposes Caesar.”

13 When Pilate heard this,
he brought Jesus out and sat down on the judge’s seat
at a place known as the Stone Pavement (which in Aramaic is Gabbatha).
14 It was the day of Preparation of the Passover; it was about noon.

“Here is your king,” Pilate said to the Jews.

“Shall I crucify your king?” Pilate asked.

“We have no king but Caesar,” the chief priests answered.

16 Finally Pilate handed him over to them to be crucified. 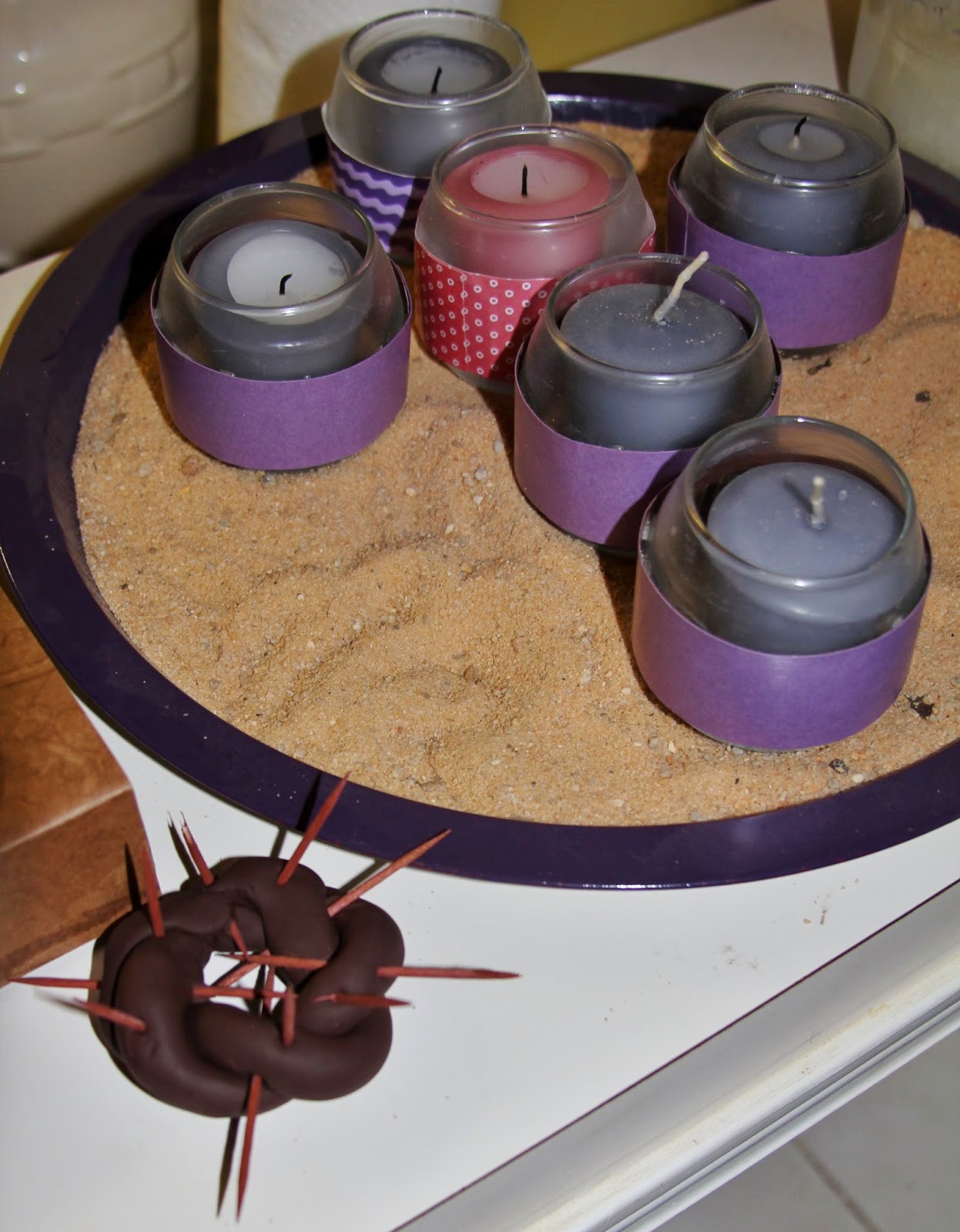 The lesson about Jesus' arrest and trial
can be a bit intense for little ones,
but I feel it is important for them to understand
what Jesus endured for us.

"A Sense of the Resurrection"
handles the subject matter well,
focusing on how the soldiers made fun of Jesus,
and NOT graphically describing
what a Crown of Thorns
could do to a person's head.

However,
I wanted my kiddos to have a good
physical reminder from this part
of the Easter Story... 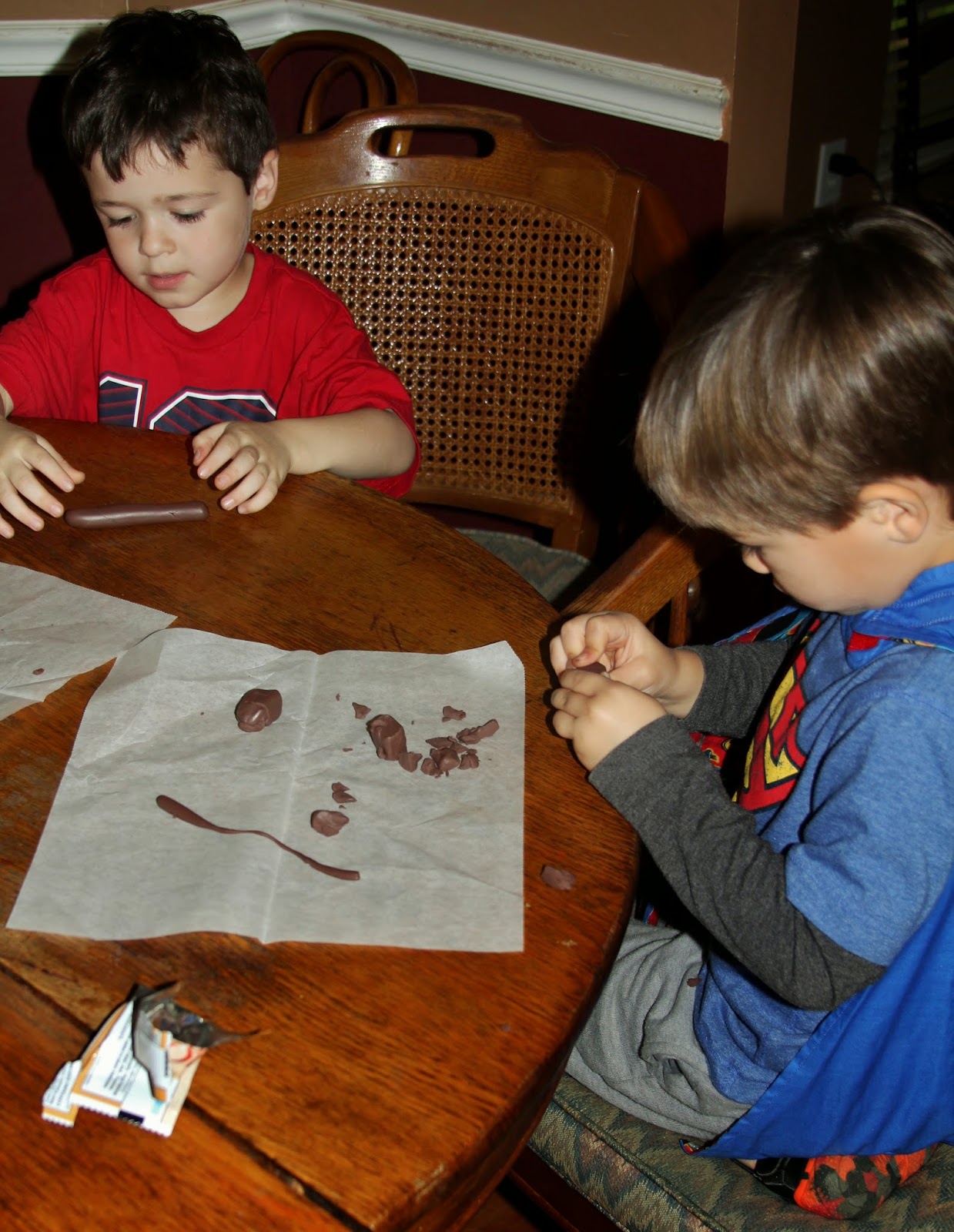 ...so they all made Crowns of Thorns,
using Fimo clay and pre-dyed toothpicks. 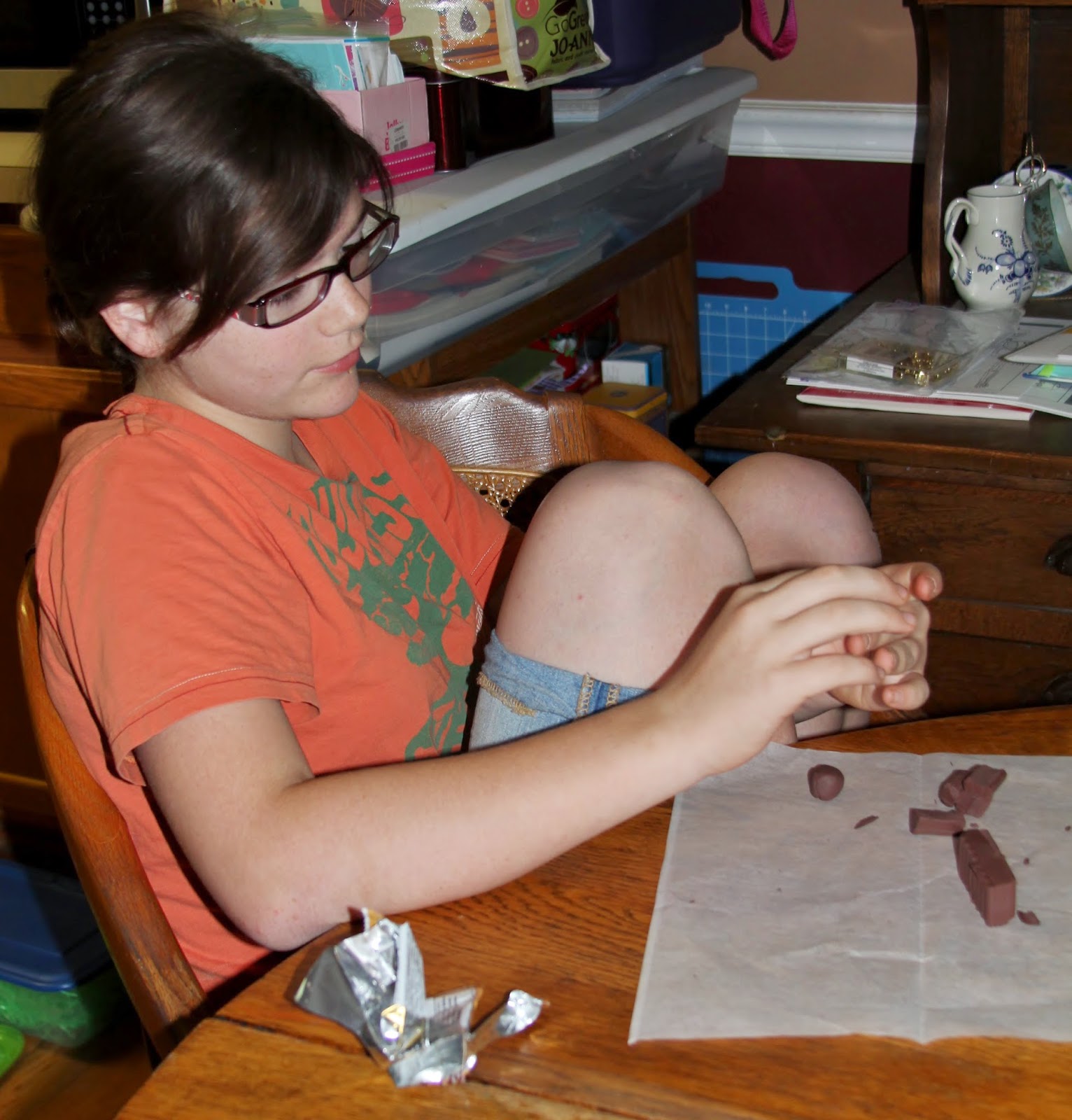 (You can get the directions for this craft
by going HERE.) 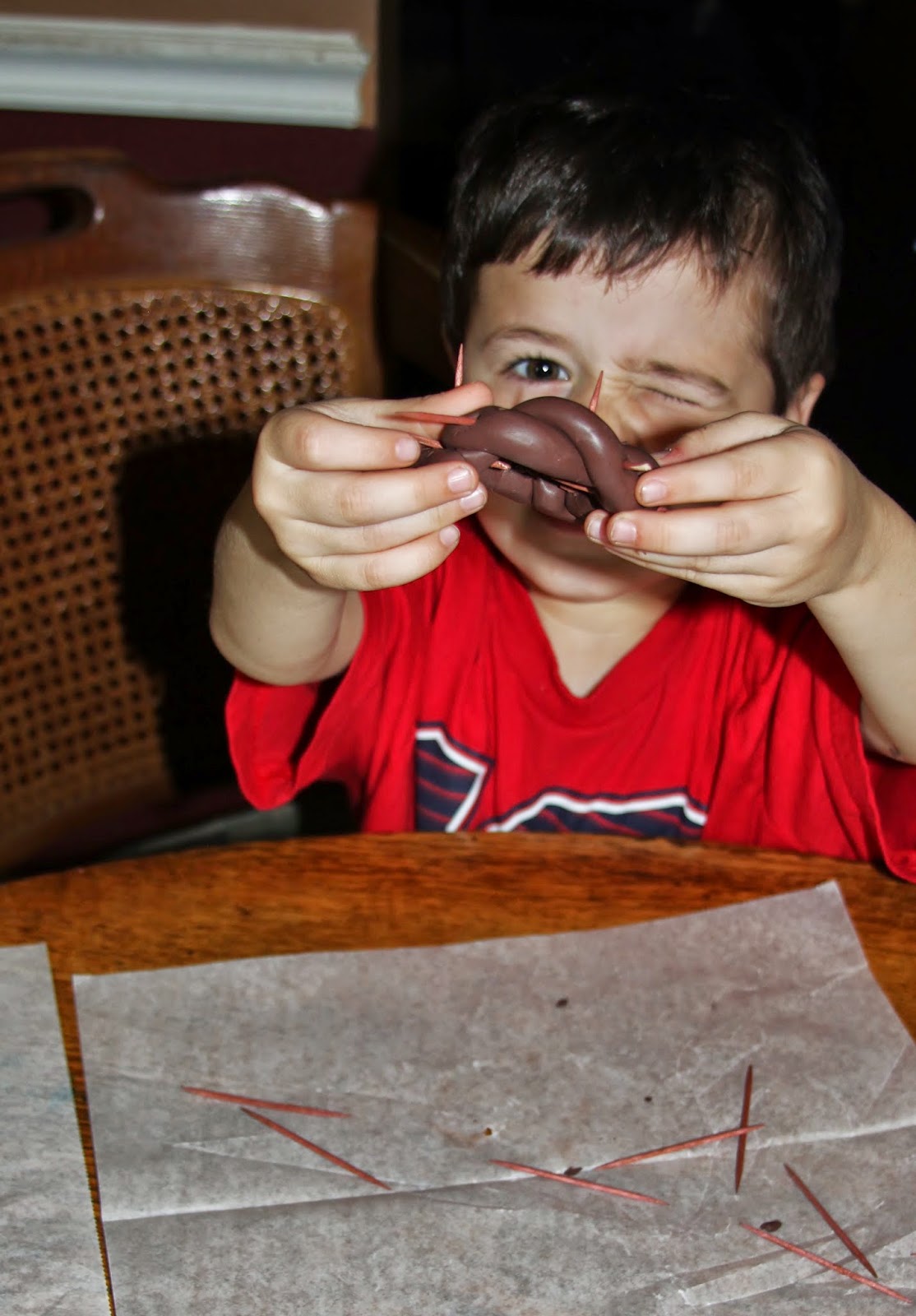 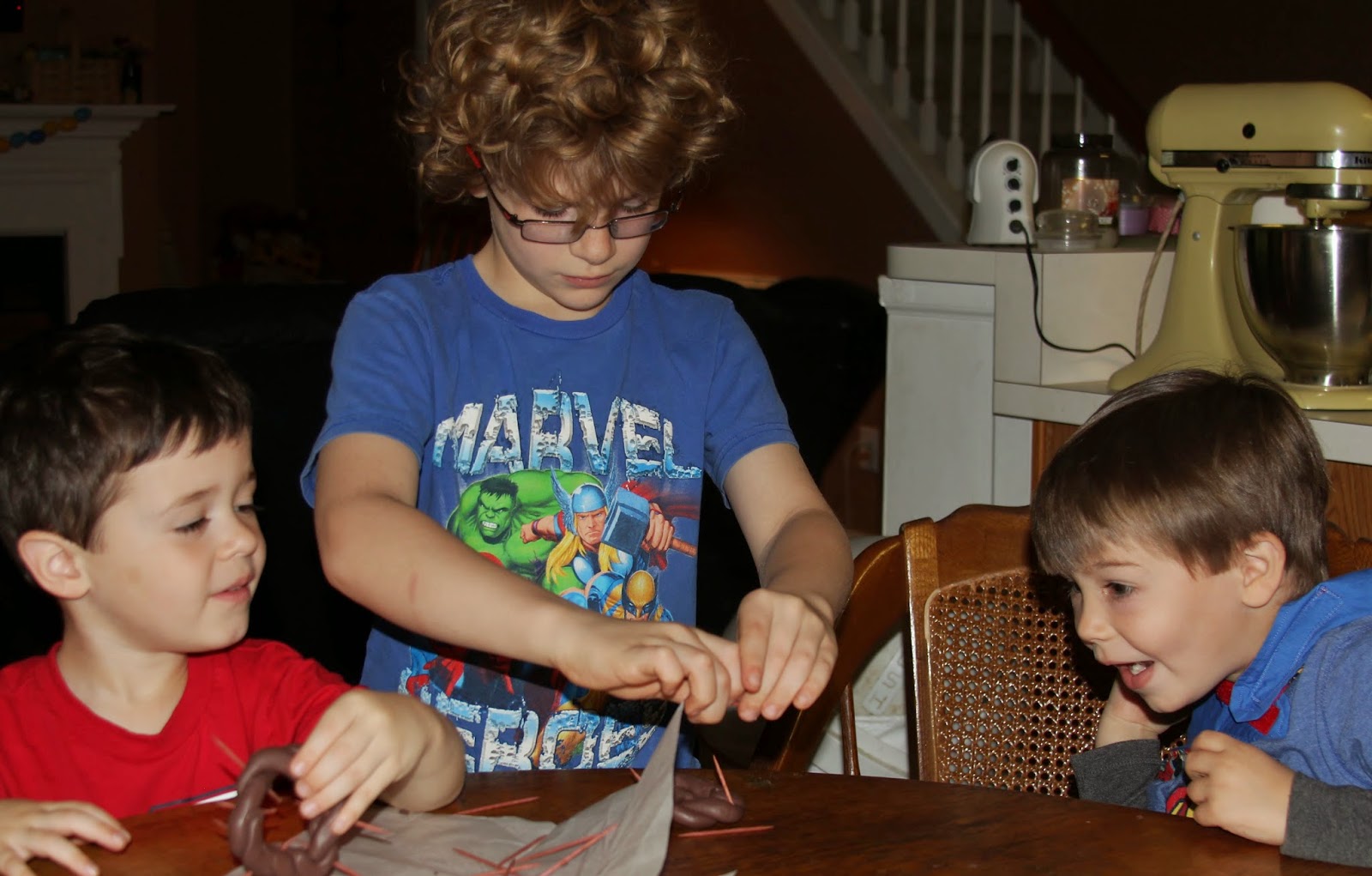 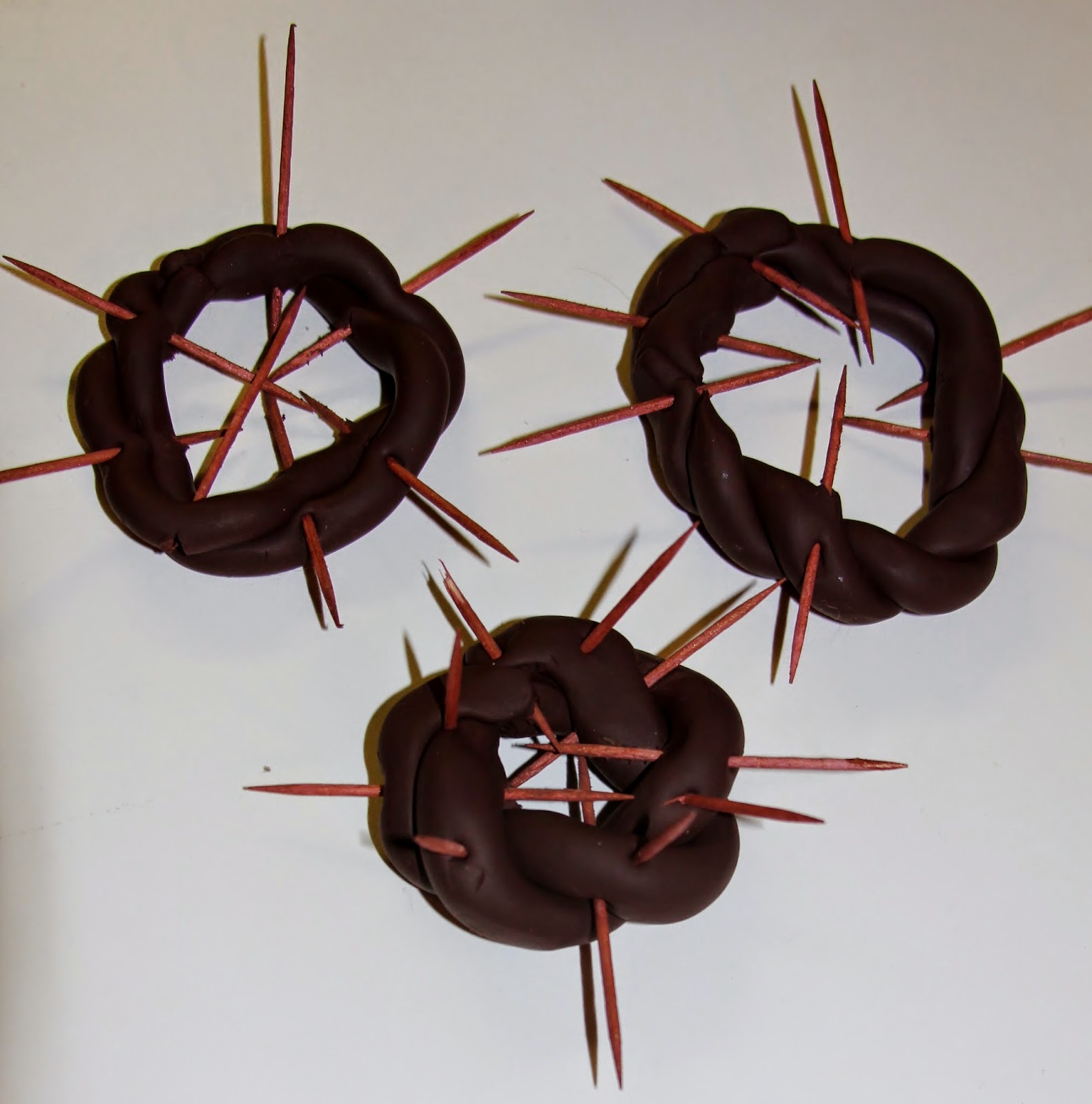 We did bake our crowns,
per the Fimo directions...

...so we could display them next to our
Easter family devotional area.

(Learn more about The Messiah Mystery HERE
and learn to make your own Lenten Cross candle set
by going HERE.)

After our Bible lesson,
I decided to tie in another fun activity... 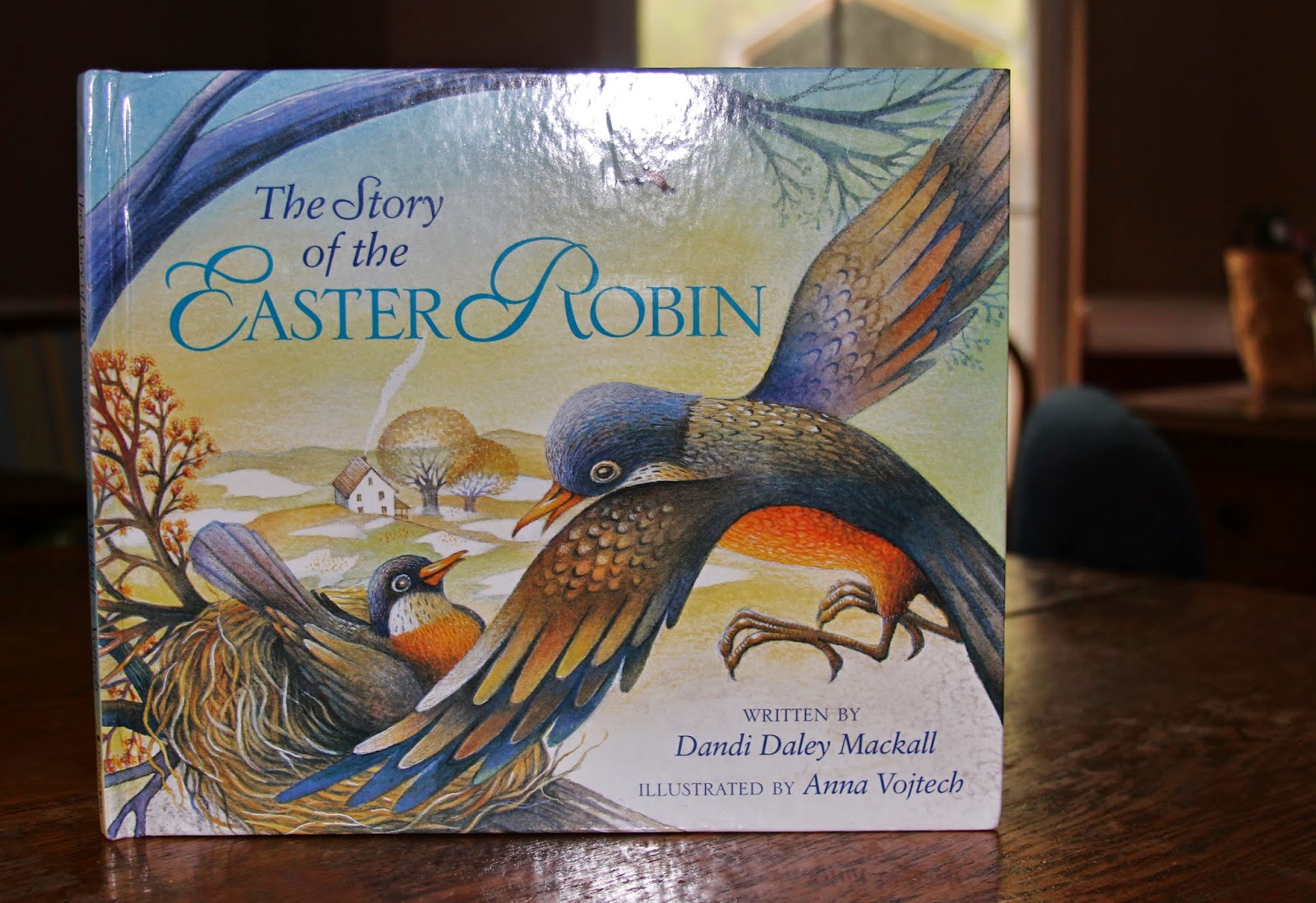 ...after I read
The Story of the Easter Robin
to the kiddos.

This story fit PERFECTLY with
our Bible lesson!

The totally brown Robin in the story
sees Jesus' Crown of Thorns and at first
mistakes it for a bird nest.

He then realizes the pain it is causing the Savior,
and tries to help him
by pulling out one of the thorns.

As he does this,
a drop of blood falls from Jesus' brow
and lands on the Robin's breast,
staining him as a permanent reminder.

After reading the story... 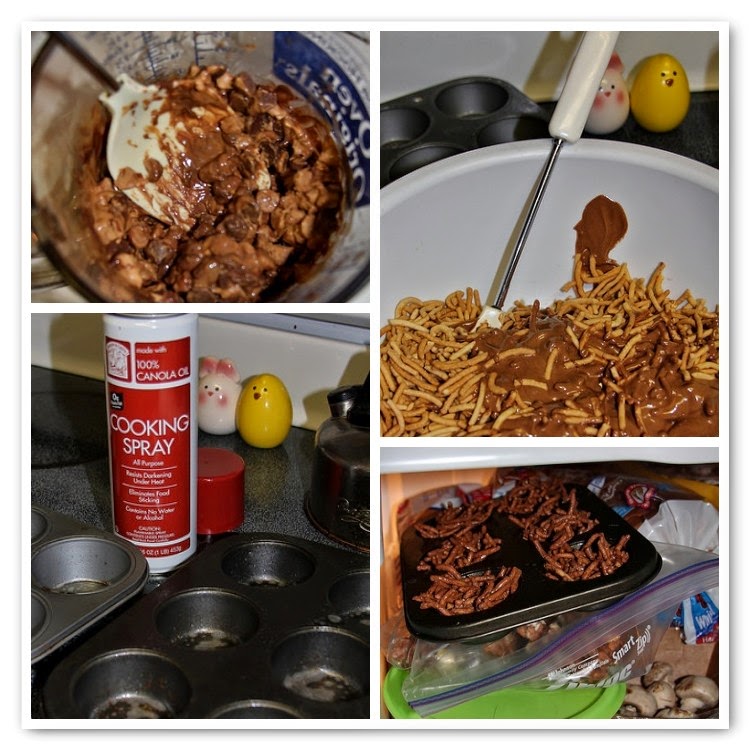 ...the littles helped me make some
Robin Nest Cookies.

There are SEVERAL different recipes
out there on how to make these.

We just made ours by coating
some crispy Chow Mien noodles
with melted
chocolate and peanut butter chips... 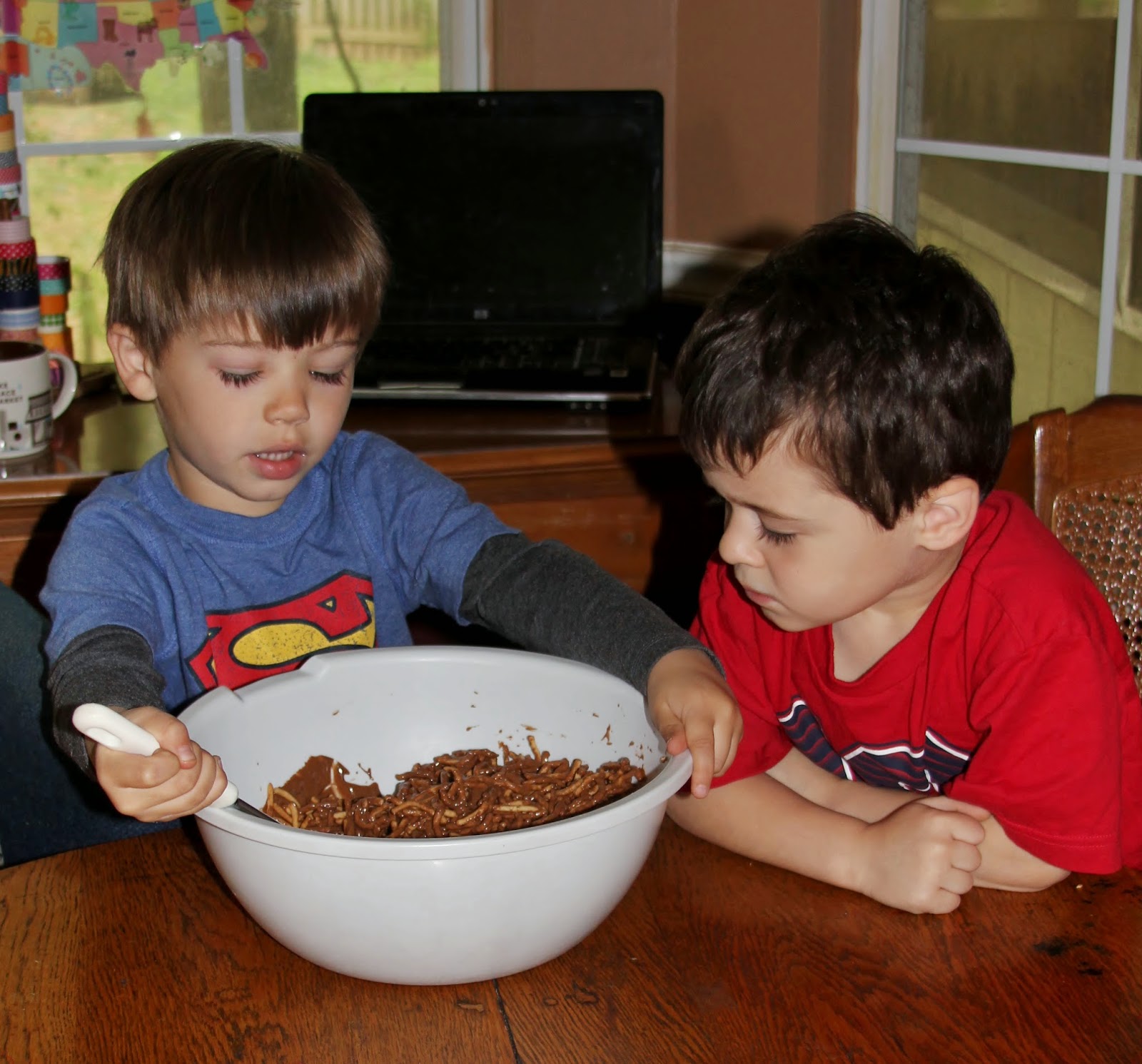 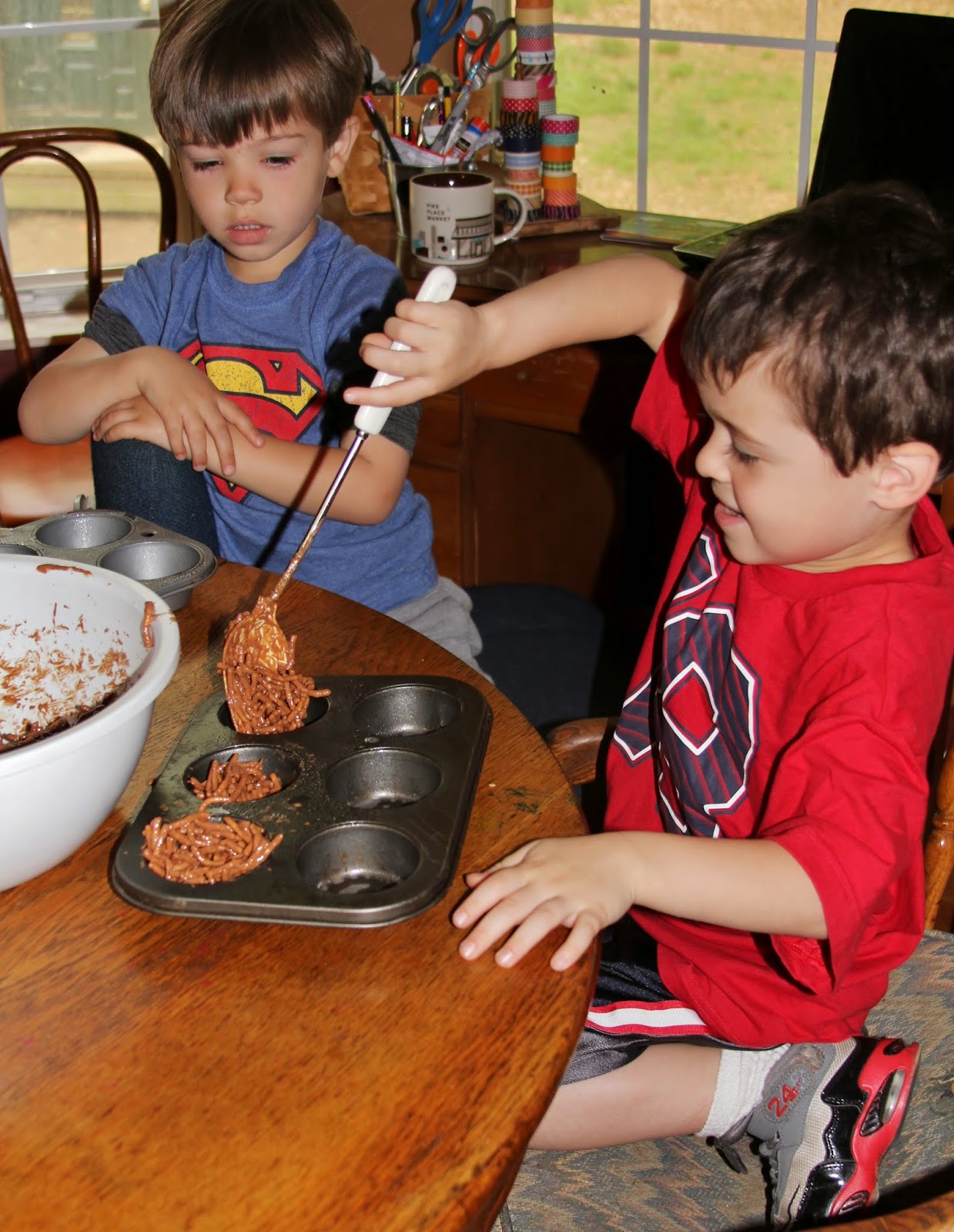 Then we scooped the mixture into
pre-sprayed muffin tins,
Stuck them in the fridge for about 30 minutes,
popped them out of the tins with a spoon... 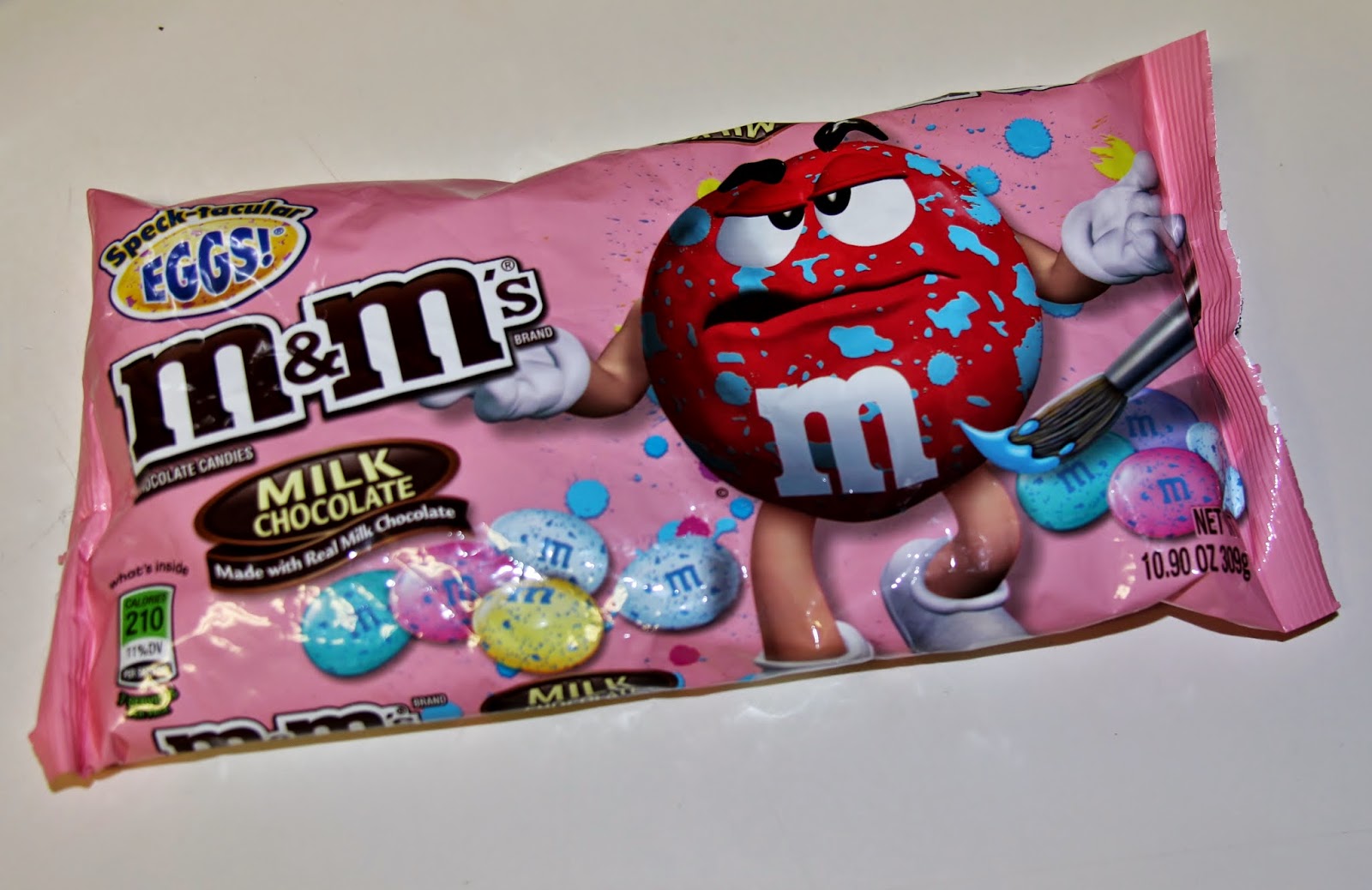 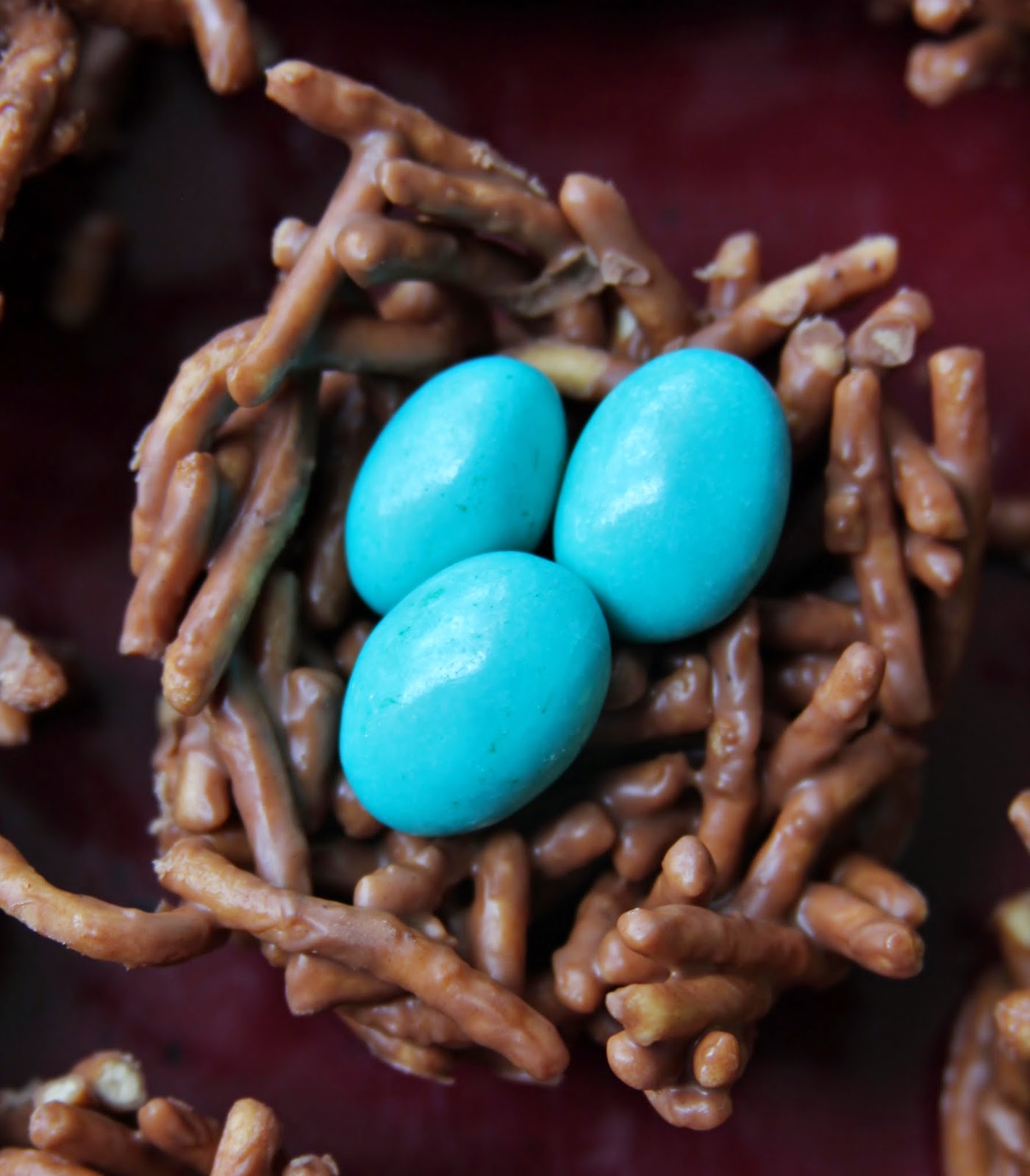 ...for the finishing touch! 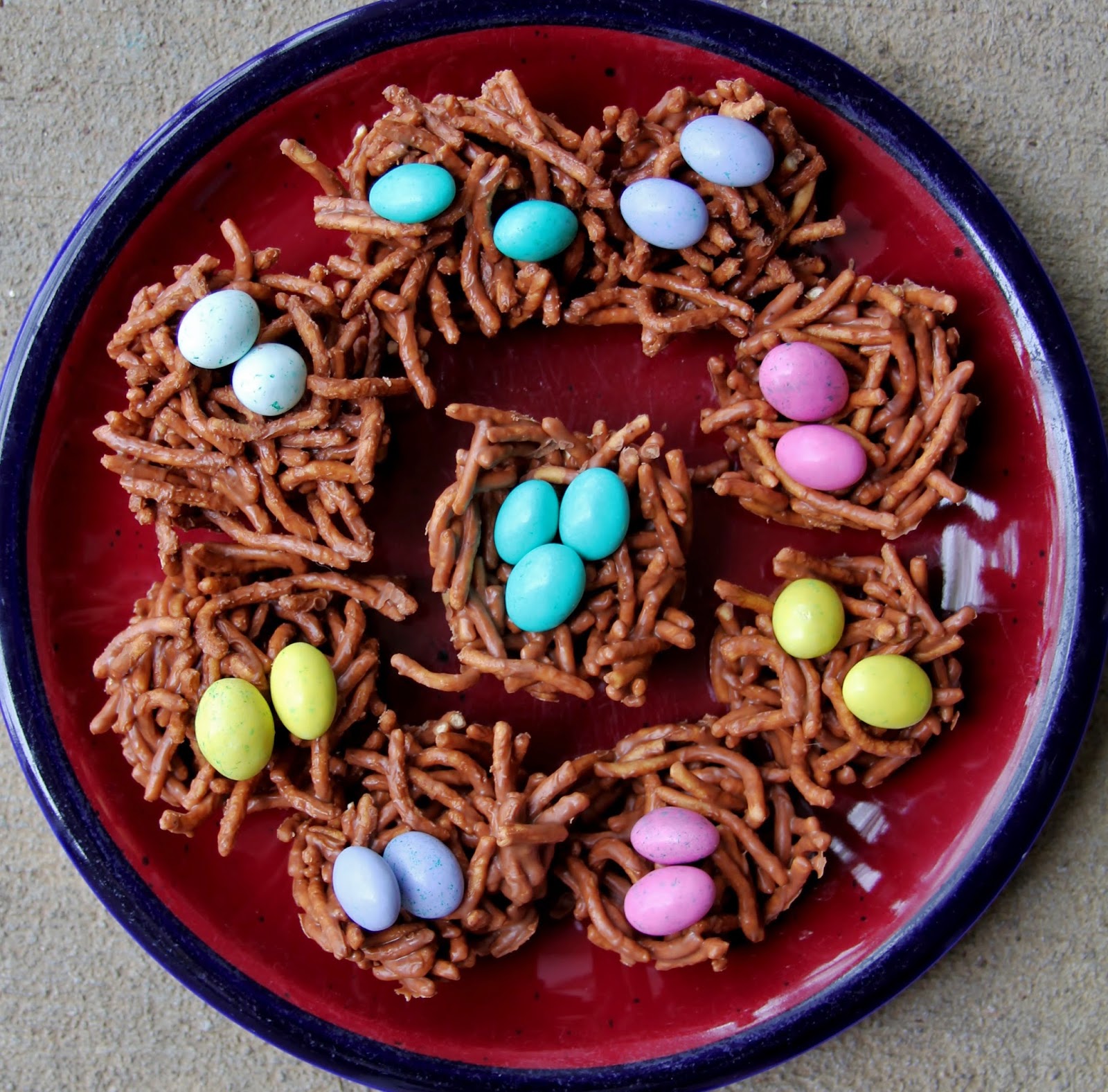 These cookies made the perfect dessert
for our bird themed lunch that afternoon... 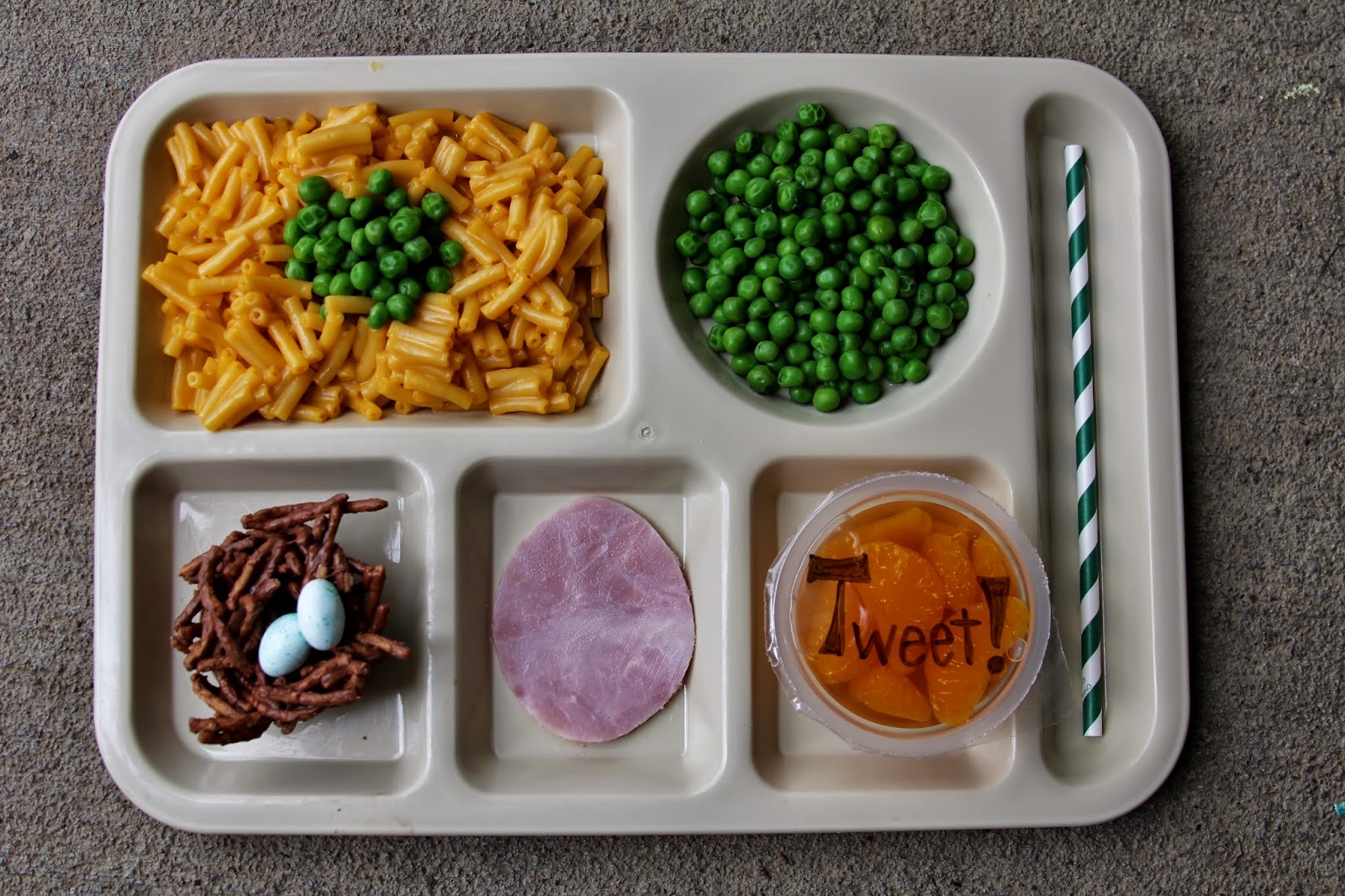 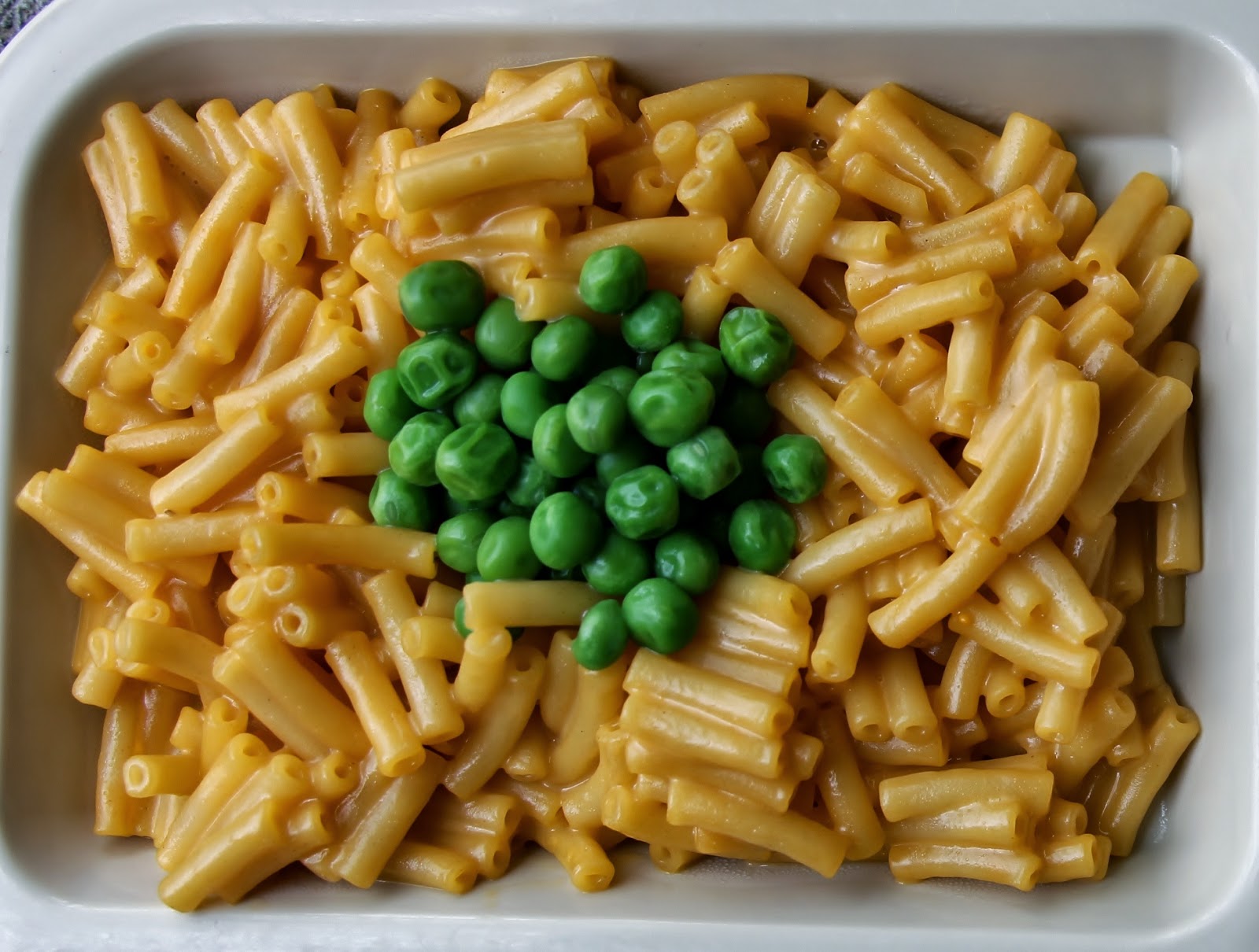 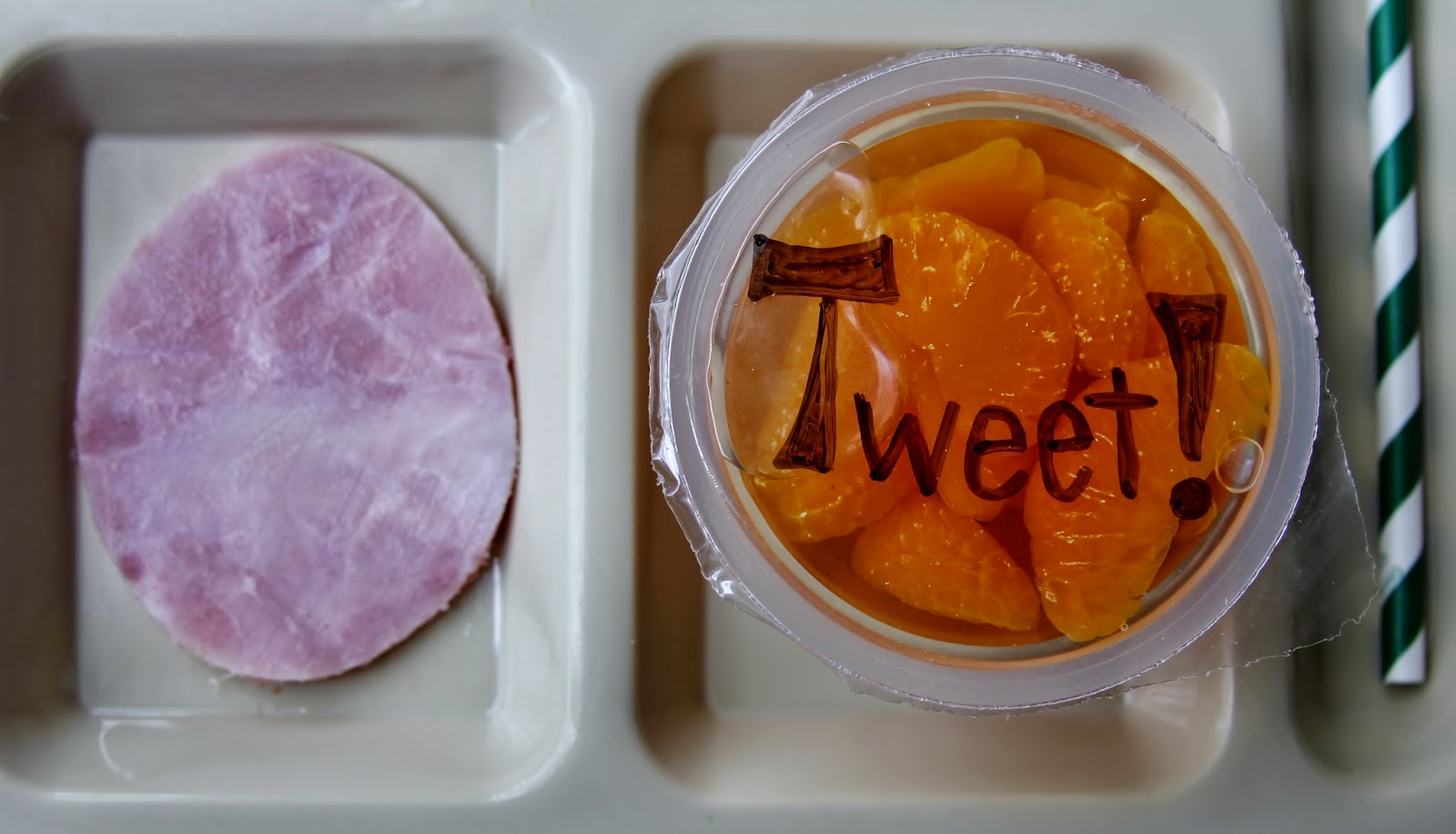 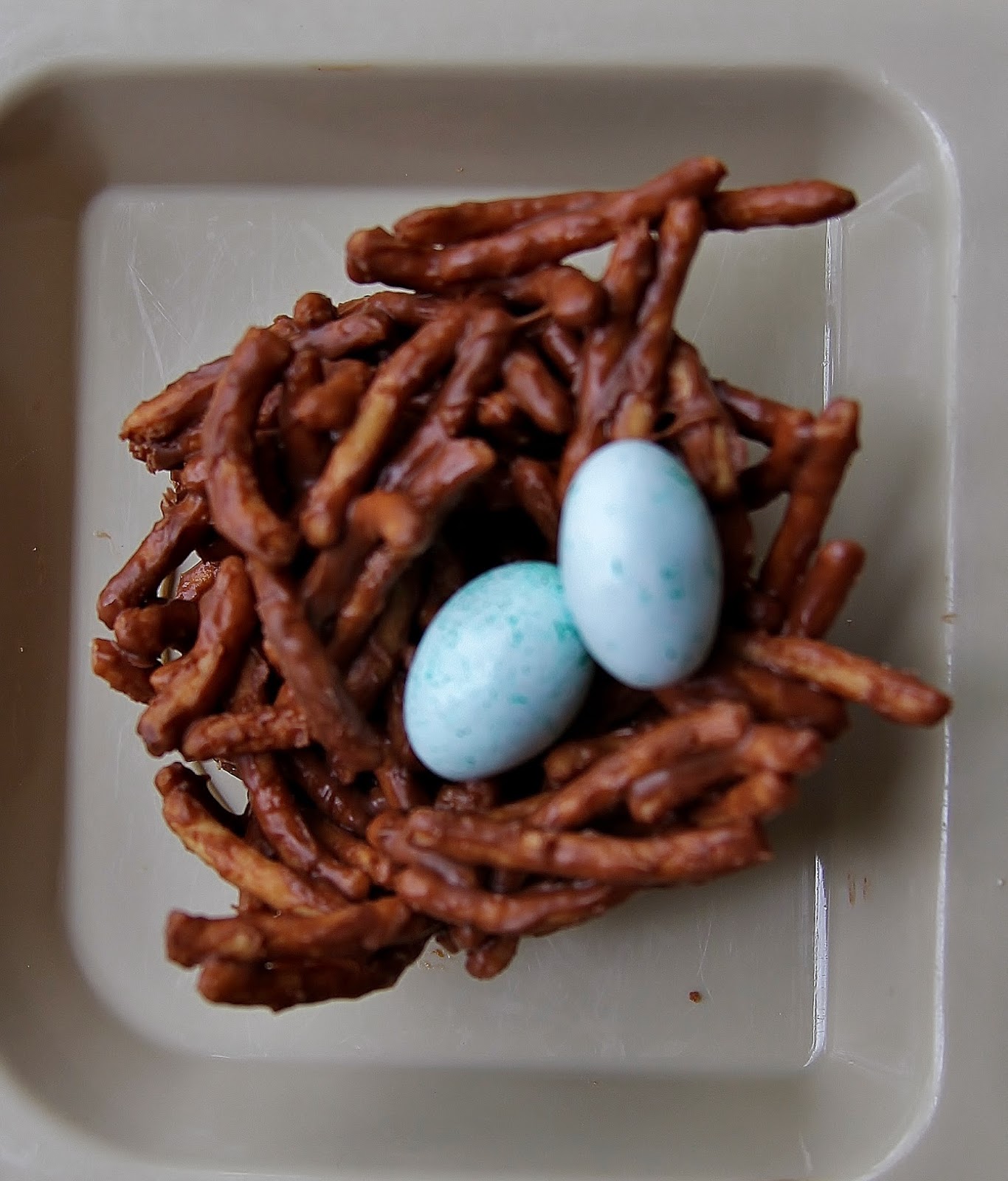 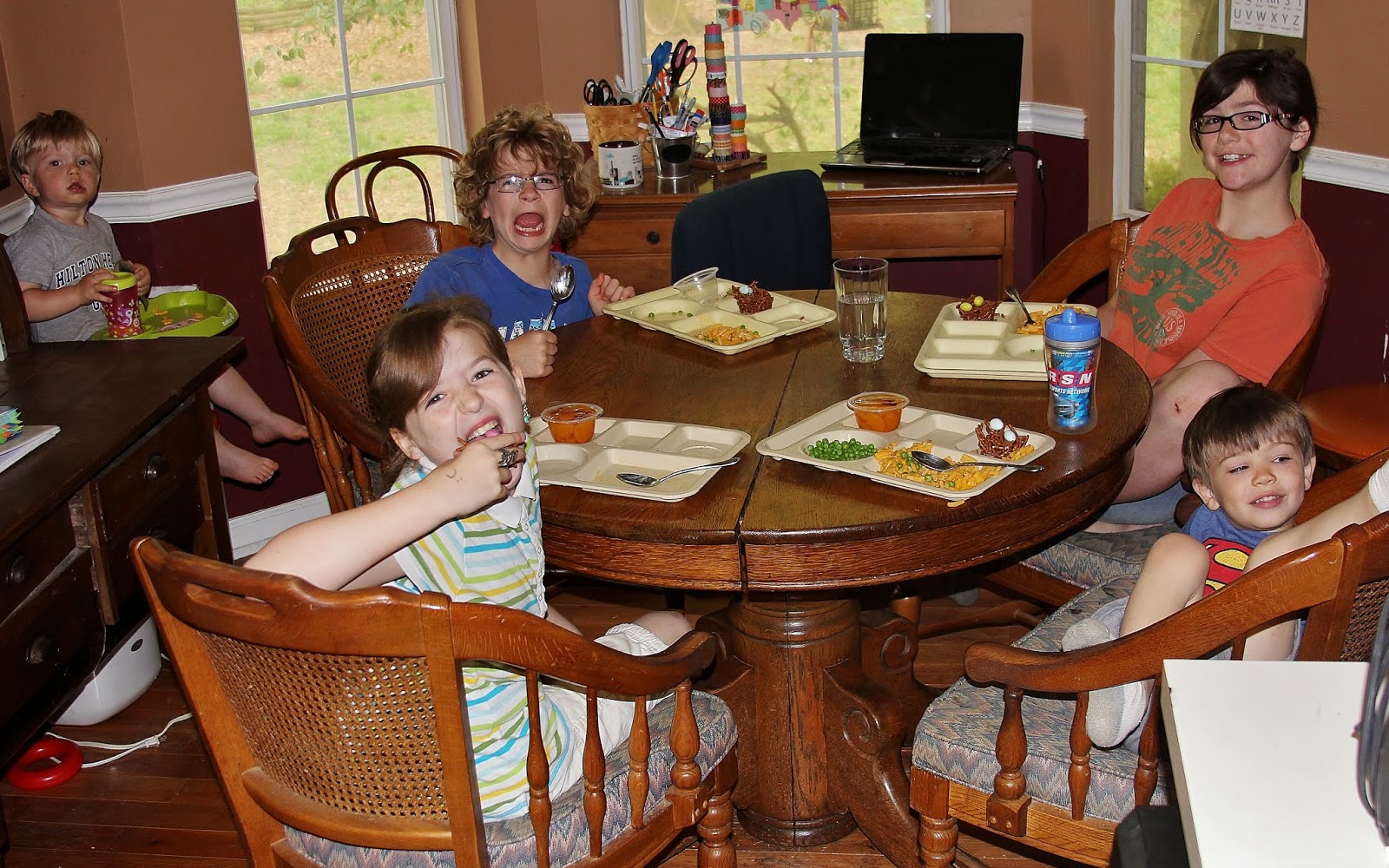 What a fun way to FEEL the Easter story!

Up next on Expecting Easter:
The Taste of Sin
Posted by Unknown at 10:03

Labels: A Sense of the Resurrection, Bible Alive, Easter, Expecting Easter, Kids in the Kitchen