A couple of weeks ago,
we read about a good Gentile named Cornelius.

He was kind and tried to do what was right in God's eyes,
even though he was not raised in the Jewish tradition.

The two men later met,
and Cornelius became a Christian.

This event demonstrated how God does not show favoritism.
ANYONE, regardless of their race, gender, or position,
can come close to the Father if they so desire.

To cement this story into my kiddos brains,
we played a game called
"Jumping Animals,"
which was created by Karyn Henley.

This game is based on Peter's vision,
in which he saw something like a sheet
come down from heaven.
On this sheet were different animals.

God's point was it is OK for Peter
to meet with others
outside of the Jewish faith. 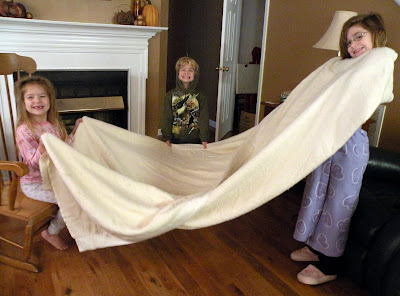 ...the kiddos held a blanket.

They then used this blanket to catch... 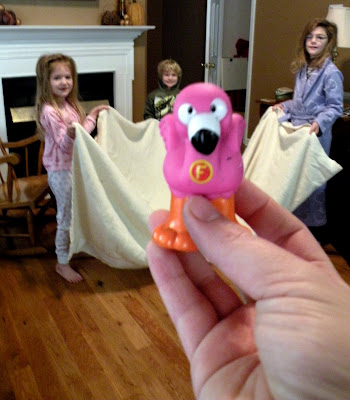 ...different animals as I threw them at them. 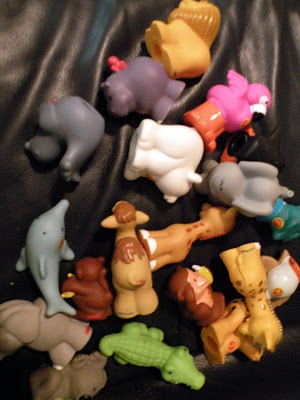 They ended up catching quite a few... 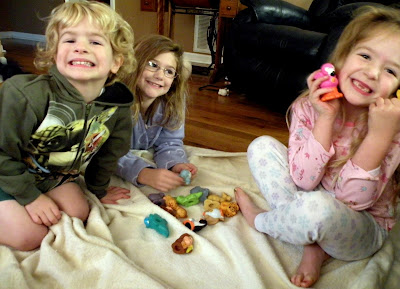 ...and enjoyed the reminder
that God wants us ALL to come closer to Him.

Now, how has God been made relevant to your kiddos
this week?

Please link up below!