To "kick off" the Christmas season, our local mall had a parade to welcome Santa. 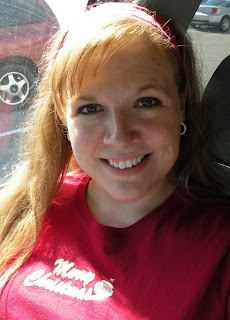 (I wore my Santa shirt in honor of the occasion.) 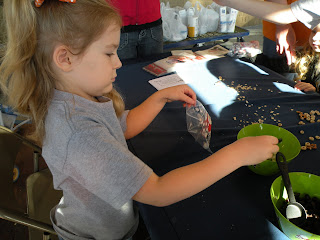 When we arrived at the mall, the Kidgits Club members could participate in a couple of activities while waiting for the parade to start... 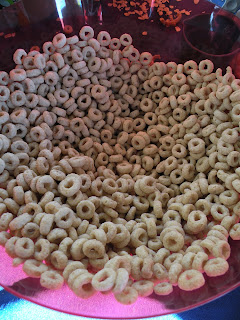 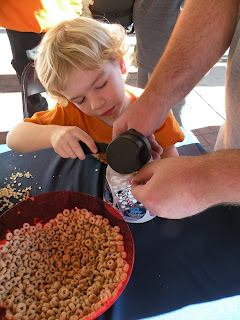 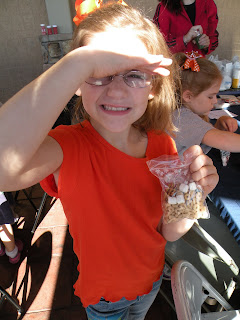 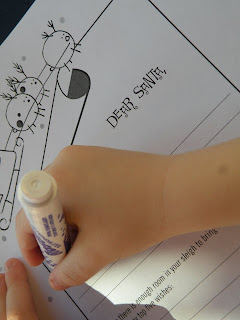 And writing letters to Santa. 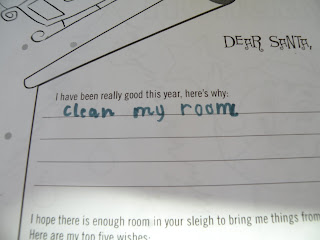 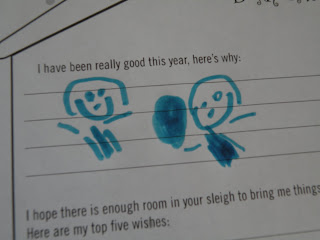 Baby Girl's letter
(She drew a picture of her washing the dishes with Wonder Mom, which is funny, since we have a Dishwasher) 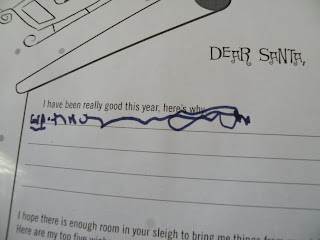 Little Wild Man's letter
(We have no clue what he wrote to Santa...) 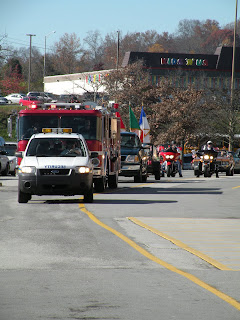 Promptly at 11:00am, the parade began with a Mall Security and Fire Engine escort. 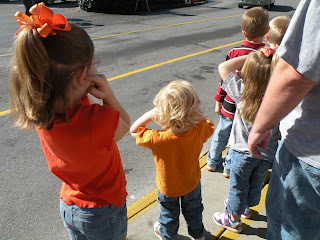 (The kiddos did care for the fire engine's siren!) 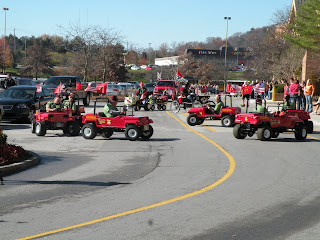 What parade wouldn't be complete without Shiners' in their mini cars... 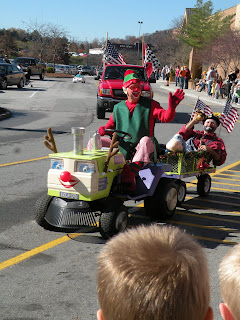 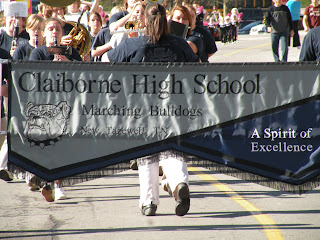 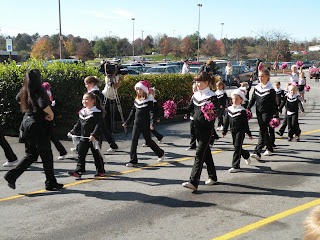 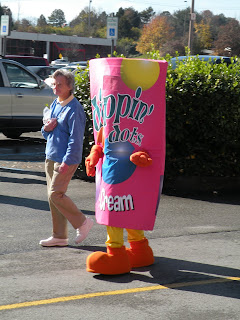 And, my personal fav, the Dippin' Dots Mascot! 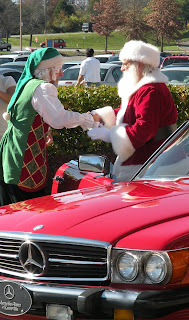 Santa was greeted by one of his helpers when he arrived at the mall.
(Who knew Santa drove a Mercedes?)

(This picture is for Little Wild Man. He was fascinated my the Mall Cop on his People Mover Scooter.) 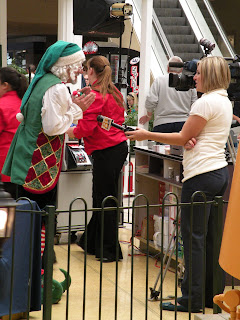 (Apparently Santa and his posse are going to be on the news tonight...) 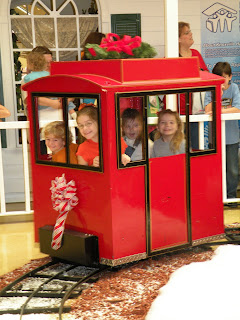 All the Kidgits Club members received a coupon for a free ride on the Santa Express, which our kiddos enjoyed thoroughly... 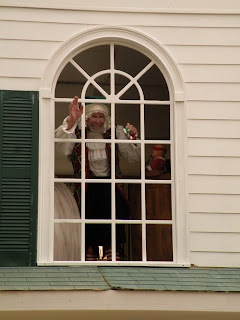 (Santa's Helper just HAD to make another appearance from inside the Habitat for Humanity Santa house!) 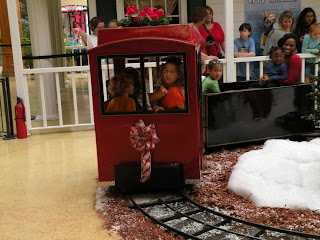 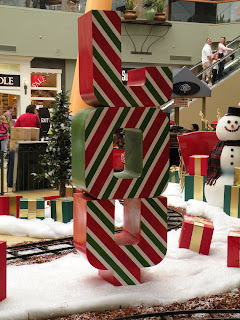 I think this little parade has helped us get into the holiday spirit- may you all find the true JOY of the holiday season (hopefully, your joy will be written correctly...)!
Posted by Unknown at 08:07